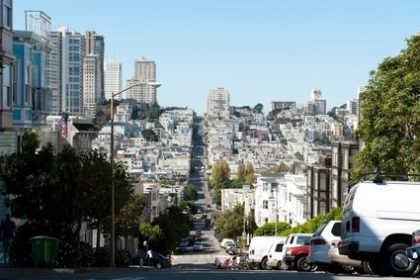 Several other states offer reduced licensing fees, electricity rates for the owners of electric vehicles and other incentives, as the National Conference of State Legislatures states. In addition to state incentives, however, some cities have started innovative incentive programs to encourage EV ownership.

What Makes a City EV-Friendly?

According to the Electric Drive Transportation Association (EDTA), there are several factors that make a city EV-friendly. Infrastructure to support charging electric vehicles. For that’s is one important piece of the puzzle. Price breaks on electricity and the costs associated with installing a home charging station. They are also common in EV-friendly cities.

One benefit of choosing an EV-friendly city to own an electric vehicle in is probably not commonly considered. In cities where electric vehicles are popular. I mean used EVs are starting to become available. An Atlanta used cars dealership might have never stocked an EV before in its history. However chances are good that this is all about to change.

Twenty-seven public charging stations in San Francisco are powered by clean, hydroelectric energy generated by the Hetch Hetchy dam. That’s according to SFWater.org. EV owners can even charge their vehicles for free until the end of 2013. That’s as SFEnvironment.org reports. In addition, the San Francisco Bay Area has the highest number of EV charging stations per capita in the entire country. All according to ChargePoint.

Seattle.gov points out that the city of Seattle has replaced 44 conventional-fuel city vehicles with all-electric ones since 2011. Always one of the front-runners in the EV game. Because Seattle committed to making their city plug-in ready in 2009. I mean already anticipating the coming electric vehicles due to arrive in 2010. Electric vehicles in the city are powered by Seattle City Light. One which generates nearly 95% of their energy through renewable means such as wind, hydroelectric and landfill gases.

In Austin, EV owners can get up to 50% or $1,500 back in the form of a rebate for the installation of a Level 2 charging station. That’s according to AustinEnergy.com. Austin Energy also runs the city’s Plug-in EVerywhere program, which provides residents with unlimited Level 1 charging for their EVs within the city limits at a price of only $5 per month. The Texas River Cities Plug-In Electric Vehicle Initiative aims to increase the number of charging stations in the greater Austin region, allowing EV owners to travel locally without worrying about where they will plug in.

From August 2012 to January 2013, approximately 80 charging stations for electric cars were installed in the Atlanta metro area. All according to AJC.com. As part of the Metro Atlanta Plug-in Electric Vehicle Readiness Task Force, the city of Atlanta has also streamlined the permitting procedures for EV owners who want to install charging stations according to Atlanta.gov. In September 2013 InsideEVS reports that Atlanta was the number one city for sales of the Nissan Leaf in the entire U.S.A.