Partnership to power the future as Panasonic likes to phrase it. You see for decades, Panasonic has partnered with businesses, municipalities and utilities seeking large scale change. So Powering the military bases in Gulf Power Service territory with Panasonic Solar. In addition the energy storage and other measures makes this an example for utilities globally.

Gulf Power Company is an energy provider and subsidiary of Atlanta-based Southern Company. Their beginnings most noteworthy go back to 1926. Back when Gulf Power Company became an actual operating public utility. Today they serve nearly half a million customers. Located in 71 towns and communities throughout Northwest Florida.

Most interestingly and in the past, Gulf Power relied on imported energy for the next 39 years.

That’s even as customer numbers rose from the 7,366 inherited in 1926, to more than 40,000 in the mid 1940s. Finally, in 1945, after years of delay brought about by war shortages, the first unit at the “Crist Steam Plant” in Pensacola went online. That’s when the 22-megawatt unit enabled the company to take its first giant step toward generating self-sufficiency. 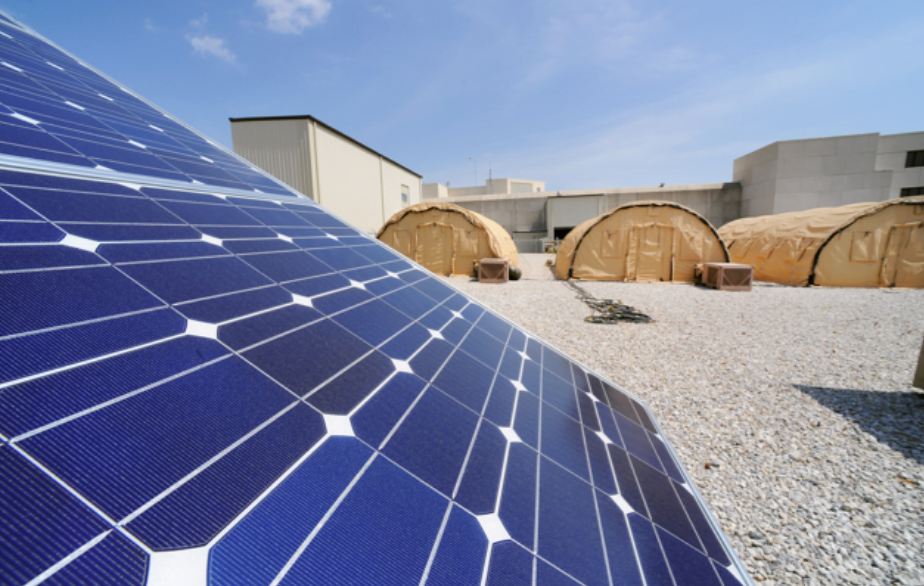 In addition and headquartered in Pensacola, Fla., Gulf Power continues to grow. Also, it’s an active participant in the economic development arena. So with about $1.1 billion invested in its their facilities, that’s a lot. Now the company aggressively seeks to expand its customer base. All the while retaining the valuable customers. Which more importantly is so important to Northwest Florida.

Cause as we can see from their website, Gulf Power owns natural gas plants or other older power plants. That’s such as coal. So they NOW are becoming more resilient and saving more energy with Panasonic USA.

In conclusion and in their transition to a resilient and green economy, Panasonic USA developed a large-scale solar project. All to meet the needs in Northwest Florida. Their solution was to do a larger microgrid per se. A lager microgrid by collaborating with the U.S. Air Force and Navy, and Coronal Energy. 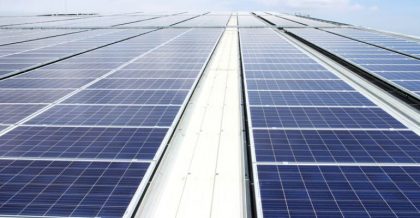 More importantly, Panasonic is a major investor in Coronal Energy. Coronal Energy has developed 2.3GW of solar. That’s with another 3.4GW of greenfield and brownfield sites in its development pipeline. All Powered by Panasonic team installed 1.5 million solar panels to generate 120MW of electricity. That’s enough to power 18,000 homes. Of course of one the parts I like is that it’s projected reduction emissions. Reductions of 3.5 million tons in CO2 emissions over 25 years.

“We work hard every day to provide our customers with valuable and diverse energy solutions, and it’s a special occasion to see the vision we had for this project come to life today,” said Stan Connally, Gulf Power Chairman, President and CEO.

“Adding clean, affordable energy to our energy grid through the innovative public-private partnership. One that enabled the completion of all three of the portfolio’s solar facilities is a proud accomplishment for Gulf Power. More noteworthy a significant milestone for the local economy, our customers and the environment.” 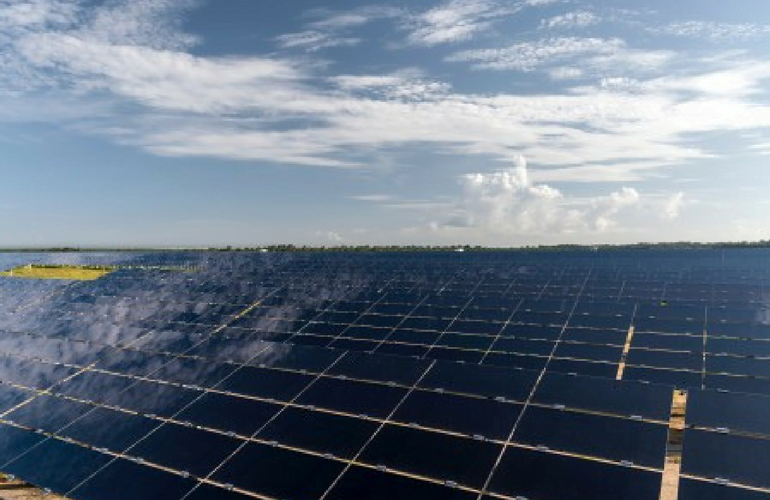 “Considering the scale of the Gulf Coast Solar Center portfolio, collaboration between our team and the like-minded teams at the U.S. Air Force, U.S. Navy, and Gulf Power has been an essential element of our success in developing these projects,” said Jonathan Jaffrey, chairman and CEO of Coronal Energy™.

“The result is a landmark energy project that represents what is possible when our nation’s military and its leading energy companies like Gulf Power commit to renewables. We are honored to take our place alongside these partners for this historic project.”

”Each installation and mission throughout the Southeast is unique and it is imperative for us [the Navy] to have the energy security and resilience needed to support the greater Navy mission. There are eight renewable generation projects that DON is supporting in the southeast and today you are seeing the completion of two solar facilities in Northwest Florida totaling 122.5 megawatt direct current,” said NAS Pensacola Commanding Officer Capt. Christopher Martin. “We are pleased to know these facilities will help provide clean energy to thousands of homes across Northwest Florida.”

“The partnerships that we enjoy with the community here in Northwest Florida are incredibly gratifying,” said NAS Whiting Field Commanding Officer Capt. Todd Bahlau. “Today we get to observe the culmination of two years’ worth of teamwork and dedication to a project that has benefitted the Navy and Air Force teams, the community and the industries involved. NAS Whiting Field is committed to being a good neighbor to our communities, and I am thrilled to be a part of an endeavor that helps our local residents secure a new source of renewable energy.”

Furthermore, Brigadier General Evan Dertien, 96th Test Wing commander said, “The initiatives at Eglin AFB, along with those at Saufley and Holley, support the Department of Defense’s commitment to increasing renewable energy and are an impressive display of how joint partnerships can have a positive impact on energy independence. Additionally, the revenue received for leasing the projects on Eglin lands will afford us the opportunity to invest in energy modernization initiatives, while serving as a model for military/community partnerships.”

In conclusion, the facilities are estimated to generate the following amounts of electricity:

As discussed in my last story, their ultra-efficient solar cells that capture more of the sun’s power to energy-conserving HVAC systems. That’s to their eco technologies make good economic sense. They also provide expert assistance at every step to make greater efficiency a reality. Also including development, engineering, implementation, operations and maintenance.

Please note this article was #paid and #sponsored by Panasonic USA