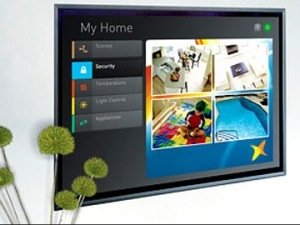 By 2018, there were 50 million smart homes and buildings enabled. All as a result by wireless sensor network (WSN) technology. This is according to global technology research firm ON World.

Annual shipments of WSN devices for smart homes and buildings will increase by more than 600%. All in the next five years. The top three markets are the following:

Cloud services and Internet connected smart energy devices have given consumers as well as small and medium sized building managers unprecedented control over their energy consumption. Smart thermostats are one of the fastest growing smart energy markets. So currently used by 15% of the broadband and smartphone/tablet users surveyed by ON World. Seems like that’s up from 9% in 2010. Smart thermostats were also selected by these early technology adopters as the most likely to result in energy savings for their households.

By 2018, ZigBee and WiFi made up two-thirds of the global WSN chipset shipments. Again all for smart homes and buildings energy management.

Wireless light bulbs are the fastest growing smart lighting segment with retail sales increasing by over 250% over the past year. Lighting controls were especially popular for younger consumers. In a survey with 1,000+ U.S. consumers, 38% of the respondents aged 18-34 that are interested in home energy management. So they indicated likely use of lighting controls at home.

ZigBee will be the dominant wireless smart lighting technology over the next five years. As well as it’ll make over half of the WSN shipments for residential and commercial applications at this time.

Respondents in ON World’s most recent survey with early technology adopters found that safety is the most valued home service they are interested in. All followed by energy management and then security. Fifty-three percent (53%) of the respondents with a professional security monitoring service indicate they would pay $20 or more per month for a home control. As well as automation service compared with 35% with a cable TV service. However, the Do-It-Yourself model is preferred and was the fastest growing over the next five years.

Bluetooth Smart was the fastest growing smart home WSN technology. Thereby increasing by an 85% compound annual growth rate between 2013 and 2018.

In conclusion and based on surveys and phone interviews. That’s with nearly 1,600 individuals across the whole smart building value chain. ON World’s published, “Smart Building Set”. It covers the global market for wireless sensor networking in smart homes and buildings. Five-year forecasts are included for equipment, services and chipsets with breakdowns by market segment. Then by application, geography and technology. The technologies included are ZigBee, 802.15.4, WiFi, Bluetooth, Z-Wave, EnOcean and others.