Climate impacts are hitting home faster than governments are adapting to preparedness. However it’s not too late to protect our communities with cost-effective, nature-based approaches. Best part is therefore it’s all for risk reduction. All according to a report from the National Wildlife Federation, Allied World Assurance Company Holdings, LG, and Earth Economics.

Natural Defenses from Hurricanes and Floods: Protecting America’s Communities and Ecosystems Prepared in an Era of Extreme 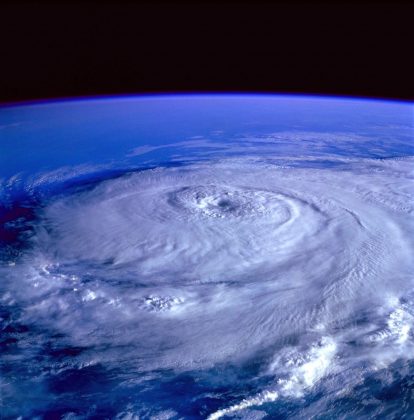 Weather takes an in-depth look at the growing risks we face from these potentially-catastrophic natural hazards.

So the policy solutions that can safeguard people, property and wildlife habitats. As well as local case studies that point the way forward. So preparedness calls on America to substantially increase our investments in proactive risk reduction measures at a “Marshall Plan” scale that takes into consideration the growing risks from more intense storms, flooding and sea level rise. 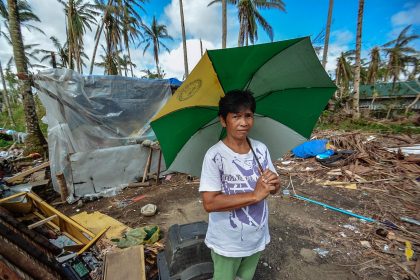 It was two years ago that superstorm Sandy, a storm climate scientists say was worsened by global warming, slammed into the East Coast, touching 24 states, killing 72 Americans, knocking out power to more than seven million people, and causing an estimated $70 billion in damage. We’ve just come off the hottest six-month stretch on record globally and America saw the 9th-wettest summer on record:

Scott Carmilani, President and Chief Executive Officer of Allied World Assurance Company Holdings, AG made the following comments.  “More importantly, insurance carriers need to partner with clients to help their preparedness and mitigate their risk in the event of hurricanes and floods. It simply makes good business sense to confront this threat now and that’s why we’re working together with conservationists, industry partners and elected officials to find solutions.”

The report analyzes a series of studies showing how taking action now can protect our communities and save money, highlighting how healthy natural systems such as dunes, oyster reefs, barrier islands and wetlands can reduce flood risk more effectively in many cases than erecting levees and seawalls. Among the examples:

a) Jamaica Bay prepares for strengthening storms: A broad coalition of federal, state and local agencies that have restored more than 150 acres of wetlands. That which held strong and helped absorb wave action during super storm Sandy.

b) Duluth plans now for the next flood: In the wake of 2012’s flooding that caused $55 million in damages. Duluth worked with NOAA to conduct an economic benefit-cost study of natural infrastructure projects to reduce flood risks. It’s now applied for and received an Environmental Protection Agency grant to help fund a project that can naturally store 200,000 gallons of storm water.

c) California’s Yuba County protects farms, cleans water and sustains wildlife: By moving 9,600 feet of levees further back from the shores of the Bear and Feather Rivers, Yuba County reconnected 600 acres of flood-prone agricultural land to the floodplain. This land has since been restored into habitat that supports numerous species of fish and wildlife, provides a variety of recreational opportunities, and helps buffer the release of pollutants from nearby agricultural operations into the rivers.

d) Every single day of the month has seen above normal temperatures with six of those days breaking record highs. We may not be done just yet as I’m forecasting Sunday’s high to tie the record and there is the possibility on the last day of the month which is Monday, we could set a new record.

Now in September 2019, Fox 8 Live is reporting so far through the month we are at an average of 85.3 degrees which is setting the pace as the hottest September on record. Coming in 2nd is the year 2016 which averaged 85.2 degrees. There is some question about the temperature readings from 2016 as that is when construction began at the airport leading to some possible corruption of the data.

Not only has September been hot, it has been dry. In fact as long as we don’t see any rain through Monday, this month will be the driest ever. Considering October brings are driest month of the year, we could be talking drought conditions in the next few weeks if this weather pattern doesn’t change soon.

Far too many people who live along America’s coasts and rivers are at considerable risk. Especially of personal harm from floods and hurricanes.  As well as properties and economic livelihoods are highly vulnerable. Efforts by policy makers to grapple with and respond to these problems. Because we have so far been inadequate. Policymakers must make preparedness for coastal and riverine communities safer. Especially more resilient to floods and hurricanes. Thereby focusing on natural and nature-based approaches for risk reduction. For every $1 spent on risk reduction activities. Because America saves $4 in disaster costs. Again and all according to a study by the Multi-hazard Mitigation Council.

This report on preparedness identifies seven areas of federal and state law in need of improvement: