How Solar Powered Cars Are Part of the Future

Im not sure if everyone has heard but my buddies at The Green Insurance Company asked me to write another story on the Ford Motor Company demonstration with the CMAX Energi (which makes it a plug-in hybrid electric car) and placing a SunPower solar panel on it.

Then, with the help of the University of Georgia, they are working to develop a canopy to charge the car.

Ford announced the C-MAX Solar Energi Concept. It’s still a first-of-its-kind sun-powered vehicle. That with the potential to deliver the best of what a plug-in hybrid offers. Especially without depending on the electric grid for fuel. It uses a solar panel from SunPower and Georgia Tech constructed a canopy too that’ll charge the Car during the day while not in use. The panel itself will charge and power the Car off the panel on top.

The Ford C-MAX Solar Energi Concept harnesses the power of the sun by using a special concentrator that acts like a magnifying glass, directing intense rays to solar panels on the vehicle’s roof.

The best part is with solar that’s parabolic or like a magnifying glass, you can give intense rays of solar. This can sell in States or countries with bad weather may struggle to sell solar power. While we might want to buy one today, slow down. This is a demonstration. Yet with enough purchasing power we can see even rival Electric car companies making this technology effective and cheap enough.

The C-MAX Solar Energi Concept, a first-of-its-kind sun-powered vehicle with the potential to deliver the best of what a plug-in hybrid offers. All consequently without depending on the electric grid for fuel.

Racing EVs too?
One fan recently asked me: Could we one say see a Racing championship happen with these cars?

Well there is the FIA Electric Grand Prix that I always report about on my site. This one technology will one day have an ability to make the cars go longer. It’s coming. Just be patient.

The vehicle also reinforces MyEnergi Lifestyle which was a concept revealed by Ford and several partners at 2013 CES. MyEnergi Lifestyle uses math, science and computer modeling to help homeowners understand how they can take advantage of energy-efficiency. Through home appliances, solar power systems and plug-in hybrid vehicles. All to significantly reduce monthly expenses while also reducing their overall carbon footprint. 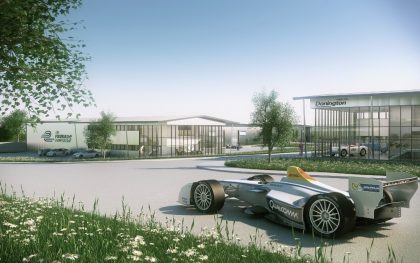 While Ford has just ended the new C-MAX model, hopefully the concept will inspire other Auto-makers to jump on the Solar Powered Cars. Toyota tried it once with the Prius. We’ll see what happens tomorrow.