Everyone wants to live independently or off the grid. However in many communities, there’s just not enough room or ability.  That’s why many people are making compromises in their living arrangements, choosing small homes and pocket neighborhoods. How do you live the “big life” in a small space? The answer might surprise you.

Small living spaces are the norm in New York City, but many people have made the most f it by living with less. And yet, some can’t quite seem to give up their belongings. What are you to do if you require a lot of space, but don’t have the space or can’t afford it? 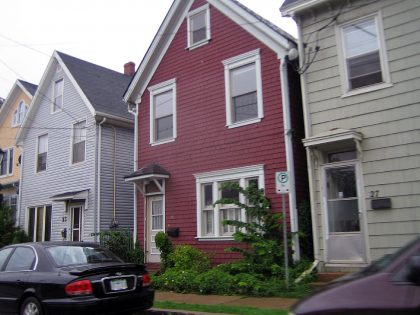 Reinvent space – create larger spaces out of smaller ones by having a house or apartment that can be changed or moved around at-will. You might have heard of this idea before. In NYC, there’s a famous apartment that uses 420 square feet to create an 1100 square foot home. It’s called the “LifeEdited apartment.”

When Graham Hill moved to NYC in 2010, he didn’t have the money for a house. So, he bought an apartment. But, he wasn’t satisfied with the living space. He only had a small 420 square foot apartment to work with.

When he was done remodeling it, the apartment housed a top loading dishwasher, a plug-in 3-burner stove, a slide-out recycle and garbage bin, a freezer, a fridge, a composter, and a combo microwave/convection oven.

A pocket neighborhood is a series of small homes that are built with a central area or access point. The idea behind this is that there’s a community and no one person truly lives alone. These communities often have a homeowner’s association where communities are multi-generational. In other words, the parents give the home to the children and the children live in those homes, giving it to their children and so on.

The benefit of the neighborhood is that everyone shares responsibility for tasks. That’s like yard work and trash removal.

The community tends to move at its own pace, and acts as an individual unit, compared with other neighborhoods, however.

Pocket neighborhoods do have a drawback. Since they’re essentially a small tight-knit community, you might be giving up your privacy. You’ll become part of a community and that community may want you to contribute more to the upkeep of the neighborhood or might want to dictate certain aspects of your home design and remodeling, like the exterior colors you can use, the style and finishes you can use, and your yard maintenance.

A new trend in home building is the Earth-bermed home. It’s a concept that was pioneered in the 1970s and is based on the idea that Earth can provide the best cover and insulation for a dwelling as well as the ultimate home experience. 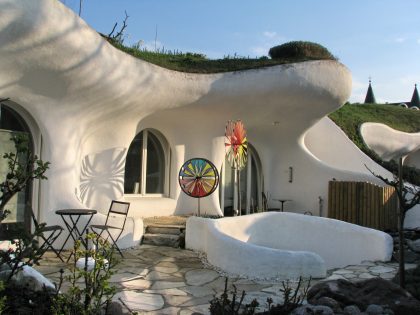 Earth-bermed homes are homes that are partially, or fully, underground. Many people are initially turned off by the idea, but these homes have built a reputation. All for having more light more space and better insulation and construction. These are off the grid Homes style than many traditional “stick-built” homes today.

It’s also a style of home that’s favored by those who are environmentally conscious. Companies, like 4 Patriots, also cater to these types of living conditions by providing the survivalist/environmentalist off the grid niche with a wide range of products for compact or underground home living.

You have to love minimalism off the grid when you build an Earth-sheltered home.

Use Glass Walls In Your Home

These types of designs have to be carefully planned out though. They also cost more to install than you would spend if you just accepted the fact that you have a small space to work with. And, they work best when you own your own home with a decent-sized lot. That way, you can build out a patio, and take advantage of the extra space.

If you have the option to choose such a frame, do it. It’ll cost more than non-insulated or reinforced framing. Finally, it will give you the extra energy savings you’re looking for to be off the grid.

Allen Baler is a Partner at 4Patriots LLC, a Tennessee based small business that provides products to help people be more self-reliant and more independent. Allen founded the company in 2008 after 14 years as a corporate executive leading profitable business for the Easton Press and the Danbury Mint. He graduated with honors from Harvard University and resides in Nashville with his wife and 3 daughters.