Let’s hear it for an Indonesian plastic diet! To support the “Trash-Free Movement” and commemorate the “National Waste Awareness Day.” So the Alliance of Zero Waste Indonesia (AZWI) collaborates with the Directorate General of Waste Management, Hazardous Waste, and Hazardous Materials – Ministry of Environment and Forestry. For they partnered with the West Java Provincial Government, Bandung City Government, Cimahi City Government, and Bandung Regency Government in convening the International Zero Waste Cities Conference (IZWCC) on March 5-7. The Indonesia Plastic Bag Diet Movement (GIDKP) became one of the co-organizers.

The conference was attended by speakers and participants from 12 countries to discuss creating zero waste cities, where every piece of trash produced in the city biodegrades in nature or circles back to become raw material for production, so that very little trash is sent to landfills.

It is also called the Circular City concept.

“One of the most important elements of a zero waste city is to prevent the occurrence of plastic waste. That’s especially single-use disposable ones. Moreover, as they are mostly un-recyclable. At the IZWCC, we learned from state officials from San Fernando (Philippines), Kerala (India), and San Francisco (USA). Especially how plastic bag bans have been successfully done and even paved the way for limitations on other single-use plastics“, said Tiza Mafia, the Executive Director of the Indonesia Plastic Bag Diet Movement.

The problem of plastic waste is especially single-use plastics like plastic bags. For it needs to be resolved urgently. Indonesia has a target of a 70% reduction in plastic marine debris by 2025 nationally. Yet it has not taken concrete action to prevent plastic waste.

Meanwhile, local governments have moved ahead of the central government. Banjarmasin City has enacted a plastic bags ban since June 1, 2016.

“We saw the opportunity presented by a trial to charge plastic bags in 2016 and took it a step further by banning plastic bags shortly afterward“, said Hamdi Bin Amak Hasan, Banjarmasin’s Deputy of Economic and Development. “This is one of the ways we are maintaining Banjarmasin City’s reputation as the “City of A Thousand Rivers”. We want our rivers to be free of plastic waste,” he added. 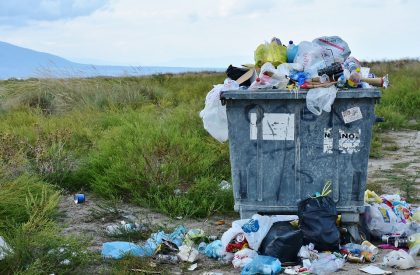 In addition to the city of Banjarmasin, Bandung City, Cimahi City, and Bandung Regency. All have also pledged their commitment to reducing plastic bags.

“Currently, we are preparing regulations to require shops, such as supermarkets. All to no longer use plastic bags,” said Mayor of Cimahi, Ajay M. Priatna, when opening the City Manager Forum event at Cimahi Technopark on 6 March.

The same thing was revealed by the Regent of Bandung. All on IZWCC’s Village Manager Forum on March 7. Located at Gedung Sabilulungan, Soreang.

“I would like all packaging in Bandung Regency to use materials derived from vegetable materials. For example and such as cassava“, said Dadang M Nasser, the Regent of Bandung.

When the implementation of IZWCC took place, the video of a diver arose. One who was diving in the area of Nusa Penida, Bali Island. For it became viral in social media. This is certainly international news. For it makes Indonesia again highlight the issue of plastic waste in the sea.

“Enough is enough, for we are shamed in the eyes of the world with images of rivers and seas filled with plastic waste. Especially as if we are not doing anything,” said Rahyang Nusantara, National Coordinator of GIDKP, at the closing of IZWCC at Sabilulungan Building on March 7. “There are many things we are doing in districts/cities. For example In Bandung City, Cimahi City, and Bandung Regency. We are working to reduce plastic waste through plastic bag charges. Furthermore plastic bags bans. That’s as well as developing zero waste programs at the district/city level. These actions prevent the leakage of plastic waste into rivers and seas in a real way“.

Gerakan Indonesia Diet Kantong Plastik (Indonesia Plastic Bag Diet Movement) ‘s petition in 2015. All demanding that retailers no longer give out plastic bags for free. For it gained 70,000 signatures. One months later, the Ministry of Environment and Forestry acknowledged the petition.

Then immediately rolled out a nationwide trial of a plastic bag charge.  The trial lasted 6 months. It also revealed stunning results.  A 55% reduction of plastic bag use.  Consumer awareness of plastic bag problems shot up by 80%.  The majority of consumers across all demographics agreed to bring their own reusable bags to shops.  Up to ten different provinces geared up to create their own local regulations.  And in a stunning show of leadership and decisiveness, Banjarmasin became the first city in Indonesia. All to ban single use plastic bags in modern retail stores.