The smuggling of prohibited plastic into Cameroon threatens the environment, public health, and the agricultural sector. It is driven by increasing demand due to the high price of legal alternatives. And although customs officials are actively seizing contraband that enters through the country’s porous borders, government counter-measures are proving largely inadequate. 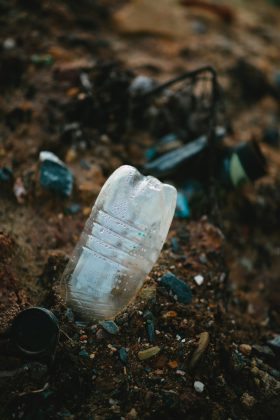 The manufacturing, possession, sale, and free distribution of thin, non-biodegradable plastic and the granules used to make it are forbidden in Cameroon. Violators face between two and ten years in jail with fines of up to US$20 000. But despite the ban and stiff sentences for offenders, illicit plastic packaging continues circulating in Cameroonian markets. The bags are relatively cheap to produce and buy and are easy to dispose of.

Plastic bags with a density of 60 microns or less decay slower than thick ones, taking up to 400 years to decompose. Even then, they break down into smaller toxic particles contaminating the environment. And packaging hot food in thin plastic is dangerous because it emits inedible petroleum substances that cause long-term health problems for consumers.

According to statistics from the Ministry of Environment, Nature Protection and Sustainable Development, non-biodegradable waste represents about 10% of the six million tonnes of garbage generated daily in Cameroon. A considerable portion of this waste is a byproduct of smuggled polythene materials (plastic).

Traders from neighboring countries, including Nigeria and Gabon, hide and smuggle the bags into Cameroon in legal shipments. Sometimes they haul them across the border on footpaths. The smuggling chain includes wholesalers and government officials embedded in the criminal economy. Some police willingly take bribes, while others are corrupt by dealers and negotiate the release of their wholesalers and contraband after arrests and confiscations.

People are indiscriminately dumping non-biodegradable plastic obstructing waterways in major cities. This has caused widespread flooding, which spreads vector diseases such as malaria and cholera.

Plastic also prevents water from draining into the soil, stunting root development and diminishing agricultural production. It has led to the death of cattle, especially in northern Cameroon. Free-grazing livestock has eaten plastic waste strewn over pastures.

Increasing records of seizures indicate that customs officials are carrying out their border policing and port surveillance duties. In 2014 and 2015, over 200 people were arrested for smuggling plastic into the country. The operations led to the impounding of 60 tonnes of contraband worth over US$483 000. They were carried out by the environment ministry, customs officials, and the Ministry of Trade in the Southwest Region.