Back in 2011 it was in New York, New Jersey, Maryland, Massachusetts and Delaware.  Sungevity also brought to Northeast consumers the “Rooftop Revolution”. It’s a campaign hitting all five states back in July 26 – September 4, 2011. 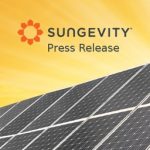 The campaign anchored in a bio-diesel, solar-powered ice pop truck. Nowadays it’ll be Electric I suppose. However it brought Sungevity’s unique brand of online sunshine to life. To life by directly engaging consumers at music festivals. Not just that but farmers markets, minor league baseball games and other fun, summer events with free. In addition and all natural ice pops that symbolize solar energy as the refreshing alternative to fossil fuel.  Quarters on Sungevity-branded seeded paper also will be distributed to symbolize the cost savings homeowners’ typically experience through the company’s $0 down solar lease.

To round out the “cool down for zero down brand experience” Sungevity’s solar-powered ice-pop truck. This truck features installed iPads that will introduce consumers to the company’s innovative iQuote process.

So the solar industry’s easiest and most efficient process for going solar.

The “Rooftop Revolution” campaign included a strong mix of supporting media. All in a concerted effort to raise awareness about the benefits of solar energy. 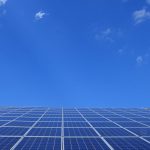 Furthermore to generate buzz around the Sungevity brand.  Sungevity did some partnering too with The Solar Foundation. They are a nonprofit group working to demonstrate the global benefits of solar energy. Showing through research and education.  Sungevity donated $1 to The Solar Foundation. That’s for every “like” posted to the “Rooftop Revolution”. Listed on Facebook page (facebook.com/Sungevity) for the duration of the campaign.

“Sungevity’s ‘Rooftop Revolution’ is a true first in the solar industry and drives directly to what we believe. One allowing yourself to go solar as a lifestyle choice. One that makes dollars and sense,” said Patrick Crane, Chief Marketing Officer, Sungevity.

Findings showing in a telephone survey of 1,012 U.S. adults conducted by Harris Interactive. They were commissioned by Sungevity to show that the time for solar is now. According to the findings, just over seven out of ten U.S. adults (71 percent) are overwhelmed by rising energy costs and that number is higher in the Northeast[1] (78 percent). In fact, Northeasterners are more likely than Westerners [2] in the U.S. to say they feel overwhelmed by rising energy costs (78 percent vs. 66 percent, respectively).

In May of 2011, Sungevity and Lowe’s forged a significant partnership that set the stage for the mass adoption of residential solar.  Sungevity is now in a hyper-growth phase and will hire approximately 200 new employees by the end of 2011, doubling its current headcount.

The “Rooftop Revolution” is the first major campaign for the company and marks a significant step for the industry as a whole in heightening awareness around solar energy.

The first phase of the “Rooftop Revolution” commenced on July 1. All  with a brand takeover of Amtrak’s Acela high-speed rail. Acela that runs through each of the Sungevity five new Northeast markets.  As part of the brand takeover, Sungevity purchased all advertising elements on the entire Acela fleet. That’s including the train’s popular wi-fi Internet service.

So Sungevity’s brand takeover of the Acela will ran through July 31, 2011.

What a successful company and program  SO NOW! Fast forward to 2018! Besides the alliance still there, Sungevity changed. 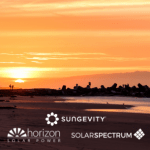 Get ready for a new solar experience powered through the merging of a great customer experience and industry-leading technology solutions.
Following a monumental and memorable solar eclipse, we’re proud to announce another solar event that will have a similar effect across our industry and nation. Through the merging of Horizon Solar Power (Horizon) and Solar Spectrum – now part of the Sungevity family, we’re setting a new standard in the residential solar market. Their new partnership will provide homeowners and businesses across the country the highest quality solar solutions. Also supported by best-in-class technology and delivered through a customer experience. Combined and eclipsed by no other provider in the nation (so the press release says)!

Under the merger, the two companies will preserve their unique brand identities. All while partnering to fulfill a collective vision. Thereby to be the nation’s leading and most progressive solar solutions leader. Here are some highlights of the merger:

The merger of Solar Spectrum and Horizon creating the second largest provider of residential solar systems in California. As well as and more importantly the fourth largest in the country.

homerun. So the merger better positions both companies to expand its footprint across America. As well as provide customers with the very best in solar solutions. All backed by the highest engineering standards and customer experience practices.

Finally and for more on Sungevity