Many humans believe that we can outsmart climate change. After all, we are one of the most intelligent species on Earth, right? Well, this may be a temporary standing. As global temperatures rise, our brains could face severe roadblocks. A degradation in human intelligence may be the very thing that limits our survival chances. We are also not the only ones affected by climate change.

Scientists have discovered that mammals’ and marine species’ brains have changed as a result of climate change’s effects. Before evaluating the solutions to brain degradation caused by weather and climate alterations, we must understand the issues. 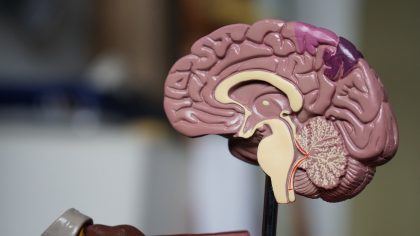 As global temperatures rise and sequester more water in the atmosphere, precipitation rates during rainfall increase. Higher amounts of rainfall on agricultural regions cause an increase in stormwater runoff, diluting the ocean. As a result, synthetic fertilizers and pesticides that enter the sea this way increase the acidity (pH) of the water.

A rise in carbon dioxide emissions also changes the pH of seawater. Additionally, the ocean absorbs this air pollutant to filter oxygen and support life on the planet. As acidification occurs, the structures of fishes’ brains change.

Scientists also discovered alterations in cerebral composition among elephants relating to climate change. The first change, in their brains’ size, aligned with the global aridification caused by the Antarctic Freeze. As the world became drier, their brains became larger.

About 6 million years later, the climate reverted back to warmth and humidity. The weather change, again, increased the size of elephants’ brains. As their brains became bigger, they could outsmart new competitors and remain on Earth for humans to observe.

Studies revealed the impact of nitrogen dioxide (NO2) on prenatal babies. NO2 is an abundant, human-contributed greenhouse gas that increases fetal development of autism spectrum disorder (ASD).

Scientists also found cerebral imbalances in inflammatory genes, immune reactions, neural communication, and cell reliability in fetuses exposed to greenhouse gases. A breakdown in the blood-brain barrier also contributes to fetal limitations caused by air pollutants. This could cause damage to one’s conscious processing of information, leading to memory loss.

Human violence is also associated with slight temperature increases. As the Earth becomes warmer, there is a 4% increase in a person’s likelihood to engage in personal violence or crime. There is also a 14% rise in their probability of participating in intergroup violence.

To limit heat-related effects on the brain, humans and mammals could migrate to cooler regions. This is a direct form of cerebral preservation, but it may create socioeconomic distress. Humans living in the south have the most significant risk for heat-induced effects.

The south is also the most impoverished region, making it nearly impossible to relocate north. To challenge the effects of a changing climate, we must reach the source of the problem – greenhouse gas emissions. Humanity may work together to reduce their impact on rising temperatures by:

To reduce ocean acidification, we need to tackle the amount of runoff reaching the ocean. Farmers can utilize organic alternatives to pesticides, like planting various bug-repellent plants around their crops. We can also install rainwater-harvesting systems to limit the amount of storm discharge passing through agricultural regions.

At this point, it may be evident that, when it comes to climate change, ignorance is not bliss. Folks who believe that we can outsmart environmental degradation may want to reevaluate their beliefs. Changes are happening all around us and within us.

Awareness and education around these issues promote the collaborative development of solutions. Rather than sitting by and watching raising temperatures alter our brains, talk to your community leaders about utilizing green technology and conservation behaviors to limit the human contribution to environmental degradation.