As Chevrolet reports and truly was true. The Chevrolet Bolt EUV is a step up without question from the original Bolt. As I wrote before: Chevrolet is getting ready to spruce things up in the electric car department. In 2016, they introduced the all-electric Chevy Bolt which I test drove and loved every time I got behind the wheel.

Also when I test drove and promoted for Drive Electric Hudson Valley and now Sustainable Westchester too. All which has grown in popularity because of its reliability over the last several years. Now there was a software update recall recently but all has been resolved.

In addition, buyers may qualify for an incentive depending on the state they live in and will receive an 8 year/100k mile battery warranty.To start it’s about having the desire.

So imagination and ingenuity to build a better tomorrow. Especially as Chevrolet takes the next steps on its journey to a zero-emissions future.

All because the Bolt EUV is Chevrolet’s first vehicle to offer Super Cruise driver assistance feature for 200,000 compatible roads.

Drive and (L) modes use regenerative braking to capture otherwise lost energy when the vehicle is coasting or decelerating. This is possible without even using the brake pedal. It then sends that energy to the battery pack.

HD surround vision: Uses multiple cameras to display a digital overhead image of the area around your vehicle along with Rear Vision Camera or front views. This feature works at low speeds and may help you park and avoid nearby objects.

Works with Forward Collision Alert to help you avoid or reduce the severity of a front-end collision with a detected vehicle you’re following. This feature works at speeds below 50 mph.

The Bolt EV has led the charge in putting more drivers in electric vehicles. Since its market introduction in 2017, global sales have topped 100,000. It has also generated some of the best satisfaction and loyalty ratings in the industry.

Now with the U.S., three-quarters of Bolt EV buyers are new to GM.

All which, for many customers, will eliminate the need to purchase a separate charger for their home. It has a changeable plug that allows the customer to plug into a standard 120-volt three-prong outlet for Level 1 charging and a 240-volt outlet for Level 2 charging up to 7.2 kilowatts. 

 The new Dual Level Charge Cord is standard with Bolt EUV and is available for Bolt EV. For maximum Level 2 charging speed, both vehicles are now capable of 11 kW Level 2 charging, but separate charging equipment (not included) is required. 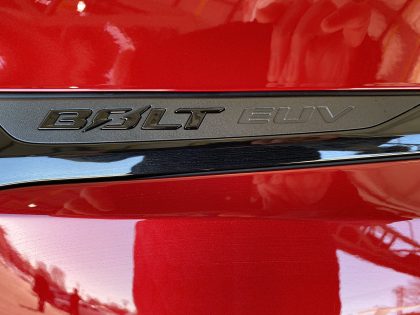 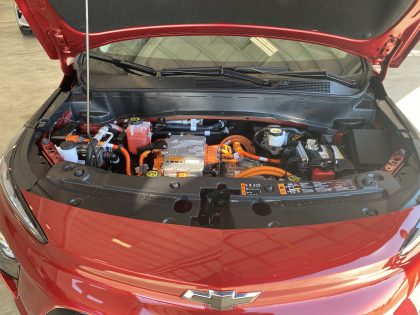 According to Chevy, the Bolt EUV will go into production in summer 2021. It will also be the first electric vehicle from Chevrolet to feature Super Cruise which I test drove. That is NO JOKE! 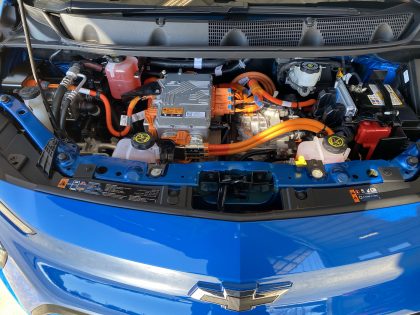 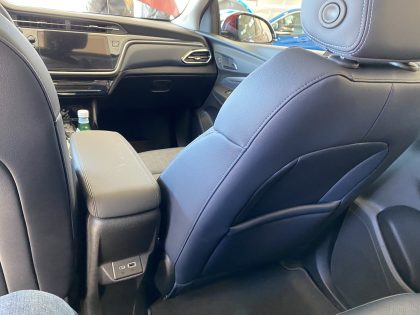 It’s got a premium design that gives a consistent and upscale atmosphere, while also complementing the new instrument panel and steering wheel designs.

As Chevrolet stated and I agree :

It’s about 250 plus miles. Yet I easily could see the vehicle getting 280 in certain circumstances.

According to Chevrolet at the event, the starting price for both vehicles is less than the 2021 Bolt EV. 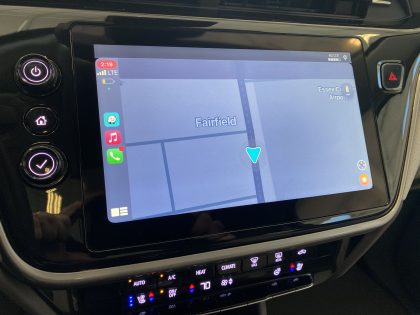 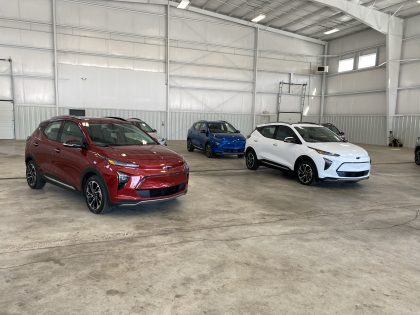 So the Bolt EUV brings its own character to the growing small SUV segment with a modern, muscular design and a roomier interior and ample rear legroom. It also features a distinctive front-end with a sculpted grille and signature lighting, including standard LED headlamps and Chevy’s brand-specific, high-eye daytime running lamps, which double as sequential turn-signal indicators.

Additional Chevy SUV styling cues on the EUV include a center crease line that runs from the front fascia through the hood and seamless horizontal body lines that give a sense of motion even when the vehicle is standing still. Standard roof rails also reinforce the SUV aesthetic.For the Bolt EV, the design updates include a new, more upright front fascia and new front and rear lighting signatures. For that’s also including the signature high-eye daytime running lights in front. 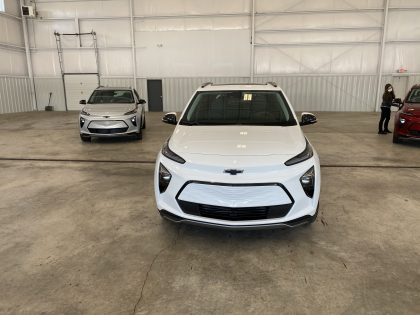 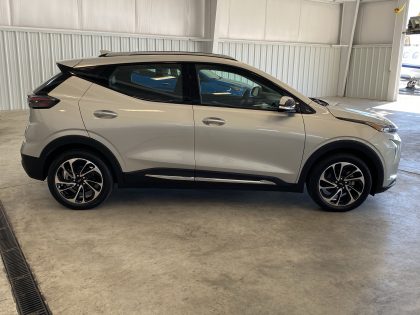