For it is Volkswagen’s first all-electric SUV. Moreover it’s the brand’s first global EV. Built on Volkswagen’s MEB electric vehicle architecture. One which likened to the Rivian skateboard. For it’s the modular electric drive matrix. For it marries the strengths of a purpose-built EV with performance, packaging and value. It also features that have marked the brand for decades.

For in 2018, the demand for EV was in VW eyes. So they saw the need for them to power everyday portable consumer electronics and electric vehicles (EVs). That’s why I reported in 2018 Bloomberg reported that Volkswagen AG. Yes folks I mean the world’s largest carmaker at the time. For they secured 20 billion euros ($25 billion) in lithium-ion battery supplies.

In addition, the VW ID.4 competes in the world’s largest market segment which are compact SUVs. Also in my conversations that’s their target market. Yet it is currently produced in Germany and China. Then in the future, it will also be assembled in the United States.

At launch in the U.S., the 2021 VW ID.4 offers an 82kWh (gross) battery. As well as a rear-mounted AC permanent-magnet synchronous motor. For it’s one with 201 horsepower and also 229 pound-feet of torque. In addition, the EPA-certified range for the Pro S (Statement) and 1st Edition models is 250 miles.

For I mean it’s around a fifth of the battery’s weight. All most importantly is accounted for by the housing. This is also a scalable aluminum construction. One whose interior framework is made from extruded and pressure-cast profiles.

The housing is also bolted to the frame.

Thereby helping to improve body-shell rigidity. Because a strong all-round frame made of extruded aluminum sections protects the battery system against damage. Especially in the event of an accident. Because then, the battery is also disabled. I mean if the vehicle is involved in a serious accident.

Furthermore, a replaceable aluminum underbody panel protects the battery against the road.

The temperature of the battery modules is controlled using a floor plate with built-in water channels. The thermal management system also keeps the battery in the ideal temperature range. For that’s around 77 degrees Fahrenheit at all times. Thereby benefiting power output and for fast DC charging. I mean finally it’s for that battery service life.

The High-Voltage System Limited Warranty provides that the battery will still have at least 70 percent of its original capacity. All after eight years of operation or 100,000 miles. I mean whichever occurs first.

In addition, the VW ID.4 can also be charged with both alternating current (AC) and direct current (DC) fast-charging capability. That’s also in all ID.4 models. For they are all equipped with a CCS (Combined Charging System) socket. One that also allows for both home and public charging.

In addition, the 11 kW onboard charger also allows the ID.4 to charge to full. For that’s in as little as seven and a half hours at a home. Also for example on a public Level 2 charger.

Most interestingly, is at a public DC fast-charging station. It comes with that 125 kW charging. Yes folks, the ID.4 can go from five to 80 percent charged. All in about 38 minutes.

The 2021 VW ID.4 also comes with three years of unlimited charging at Electrify America DC fast chargers. This most noteworthy is at no additional cost. Thereby helping to inspire range confidence. Finally, Volkswagen customers will also be able to manage their charging plan. All consequently through the Electrify America app.

For that’s including two cross-country routes to take. I mean electric vehicle drivers can go from Washington D.C. to L.A. Also from Jacksonville to San Diego. All to moreover meet current and future demand. Because Electrify America also continues to expand rapidly. That’s with plans to install or have under development. So I mean about 800 total charging stations. Finally with about 3,500 DC fast chargers by December 2021.

So the MSRP starts at $39,995 for ID.4 Pro. Tbis is before potential $7,500 Federal tax credit. Most importantly it’s a compact SUV. One that will launch with rear-wheel drive 201-hp 82 kWh models. Also all-wheel-drive 82 kWh configuration available later this year.

Also it’s including three years of fast charging with Electrify America. I mean at no additional cost. 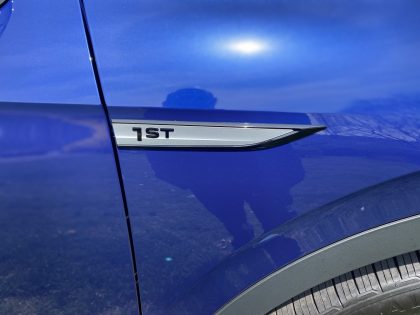 In addition, this car has architecture with Volkswagen is returning to its roots. For that’s putting the electric motor is located at the rear.

I mean just like the original Beetle. The motor is most importantly located above the rear axle. That’s just in front of the centerline of the wheels. It also transfers its torque to a two-stage 1-speed gearbox.

For it is ideally placed for agile handling and traction, and nearly silent. In fact, it’s so quiet that a synthetic sound is generated up to speeds of about 20 mph. All to aid pedestrian and cyclist awareness.

The AC permanent-magnet synchronous motor puts out 201 horsepower. Also 229 pound-feet of torque that is available instantly. So a powerful, all-wheel-drive variant with a second electric motor will follow later in 2021.

One of the main strengths of the permanent magnet synchronous motor is its efficiency. For it’s well above 90 percent in almost all driving situations. During the manufacturing process.

That’s because Volkswagen uses a complex piece of technology known as a hairpin winding. Also the stator’s coils are made from square copper wires, which after bending, are visually similar to hairpins. This hairpin winding technique enables the wires to be packed more tightly. As result, there is more copper in the stator. Also power and torque are increased, while cooling is more efficient.

In addition, the electric drive, battery system and other essential components of the ID.4.

For they are produced by the Volkswagen Group Components sites in Kassel, Braunschweig and Salzgitter, Germany.

At launch, the vehicle will be offered with an 82kWh (gross).

All battery pack with an EPA-estimated 250 miles of range. I mean all on a single charge. That’s also for the Pro S and 1st Edition models.

In conclusion, the EPA-estimated fuel economy for the Pro S and 1st Edition models is 104 MPGe for city driving. Finally in highway driving it is rated at 89 MPGe. So combined city/highway at 97 MPGe. 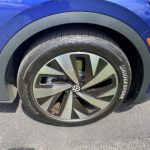