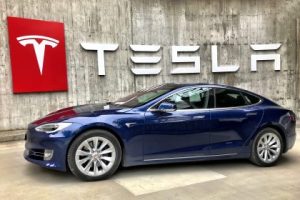 That’s correct folks. Besides Tesla Motors now, other car companies are developing a fast charger network across the USA. BMW i3 charges quickly using DC Fast Chargers as part of the recently announced express charging corridors, a partnership between ChargePoint, BMW and Volkswagen. 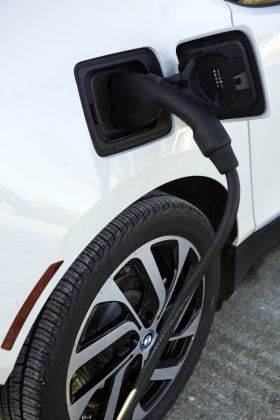 According to BMW, 100 fast charging locations along the East and West Coasts. For it will help meet the large and growing demand for convenient, publicly available electric vehicle fast chargers. As well as support the adoption of electric vehicles in the U.S.

It’s something needed for the EV industry.

Fast charging is critical to electric vehicles becoming reassuringly the mode of transport for society. Until then this cut in gas prices is giving a false sense of security.

As well, the United States is finally allowing old permits for new oil rigs on US land.  Therefore, with supply increases in the US and fuel economy standards going up its no wonder our demand goes down.

The reason for the price is to destroy the fricking fracking industry. Here’s why:

The price of a barrel of oil that’s made from fracking needs to be $65-70 per barrel to compete. So at $50 per barrel expect the worse for the crack.

In Texas and other states trying to frack, the industry going bankrupt the oil companies will probably just buy them up. Yet, as we know public support for screwing with the water table goes negative really quick.

Then with Keystone XL in the background almost completely developed except for the interconnection that the President refuses to approve.

With all of that drama in the wings, OPEC is willing to keep the price of their oil low in an economic war to destroy the fracking.

Crazy thing to is Iran and Russia are really getting hurt from the price decreases. Their national budgets are dependent upon higher oil prices. OPEC based counties are losing money every day.

So while all of this oil drama, these car companies. I mean like BMW with VW. For they now teamed up with Chargepoint. They are still creating a fast charging network.  Meaning folks that the low prices are a facade.

A goal of nearly 100 DC Fast chargers will be installed to support long distance and metropolitan electric vehicle travel with the BMW i3, Volkswagen e-Golf and other electric cars, along heavily trafficked corridors on both coasts, supported by Level 2 chargers.

In addition, these publicly available charging stations will be added to the existing ChargePoint network. As well as it can be easily accessed using a ChargePoint® or ChargeNow card.

Washington, D.C., January 22, 2015 – At the 2015 Washington Auto Show, two of the top automakers, BMW of North America and Volkswagen of America, together with ChargePoint. For it’s the largest electric vehicle charging network, announced an initiative to create express charging corridors along heavily-traveled routes on the East and West Coasts.

In the initial phase, the aim is to install nearly 100 DC Fast chargers across both coasts, with plans to expand the program to increase access to fast charging across the country. These newly installed DC Fast charging stations will be added to the growing ChargePoint network of more than 20,000 charging spots in North America.