Some animals lack adaptation skills, leaving them endangered outside of their natural elements. Others quickly take on new environments, increasing their population in certain regions. As the endangered species list expands, many individuals view species mass expansion as an environmental benefit. 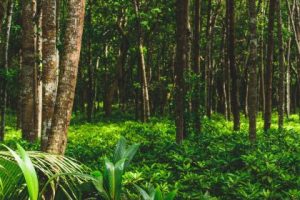 What Are Invasive Species?

Two characteristics define the species type. Invasive species are living matter, like plants and animals, embedded in a non-native environment. It is foreign and causes ecological or economic alterations.

Furthermore, invasive species originate from varying sources. After Valentine’s Day, when bouquets begin to turn, many individuals throw them away in their backyards. Placing vegetation in natural spaces may seem like an innocent act. After all, plants derive from the ground.

When the seeds of disposed of flowers reach the soil, they implant themselves and begin growing. Over time, with adequate sunlight and rainfall, the flowers may consume a region. When species can utilize the resources in an area and protect themselves from predators, they become invasive.

Many invasive species have limited impacts on the environment, like palm trees. The U.S. adopted the native South American and Asian plant matter during its establishment. Palm trees improved the aesthetic appeal of the land and signified colonization.

What Are Their Ecological Effects?

Marine biologists commonly study the lionfish as an environmentally degrading invasive species. They believe the invasion derived from aquarium releases in the 80s, generating their population expansion in Florida. The species originates from the Indo-Pacific and now inhabits the Caribbean, Atlantic, and Gulf of Mexico.

Unlike palm trees, lionfish cause adverse effects on their adopted environments. They feed on surrounding fish and contain venomous spines, reducing the impact of predators. One lionfish can reduce a reef’s natural biodiversity by 79% on average.

Similarly, the Eurasian Watermilfoil is an invasive plant species interfering with aquatic ecosystems’ wellbeing. The vegetation originated in Eurasia and Africa and now inhabits 33 states. It grows in brackish and still water, like lakes and ponds.

The zebra mussel invasion derived from the early shipping phases in the U.S. Some mussels attach to hard surfaces, like docks and boats, to power their transportation. American ships unknowingly transported the shellfish from the Black Sea to Europe and the U.S.

Additionally, the shellfish attach themselves to other mussel species, decreasing their ability to move and access food. They are filter feeders, consuming particles like plankton in the water. Without abundant plankton populations, many aquatic beings lose their food supply, generating biodiversity challenges.

How to Control Damage

When you travel back to the U.S. from other countries, you fill out a form limiting your ability to bring foreign species through the border. The document asks about living animals, plants, and seeds in your luggage. It is the government’s effort to control the ecological effects caused by invasive matter.

Citizens can protect the country’s natural ecology by following government regulations. You can also decrease your contribution to invasive species expansions by adequately disposing of plant matter and seeds. Additionally, you may eliminate exotic pet purchases in your area by raising community endangerment awareness.

Jane is the Editor-in-Chief of Environment.co and an environmental writer covering green technology, sustainability, and environmental news.