Well folks, I got an article in The Hill. Here’s how it started:

As the transportation sector continues to be the primary source of greenhouse gas emissions fueling climate change, U.S. President Joe Biden has pledged that by 2030 half of all new vehicles sold in the country would be electric.

But, with a shortage of semiconductor chips, lack of charging stations, and lack of actual coordination with demand, is that even possible?

Semiconductor chips are imperative when it comes to vehicle manufacturing because they power a variety of features like emergency braking, entertainment systems, backup cameras, and so forth. We also use these microchips in electronics and medical equipment, which is part of the reason for the shortage.

According to experts, supply chain restrictions due to the COVID-19 pandemic and other factors like tariffs in 2018 contribute to the scarcity of microchips. Since early 2021 it’s been a severe struggle for many car manufacturers to maintain production, especially electric vehicles (EVs).

Sam Abuelsamid, an analyst at the market research firm Guidehouse Insights, told Scientific American that “If we’ve got an ongoing chip shortage for an extended period of time, that means those [electric] vehicles can’t get built, and they can’t get sold, and we continue to have older vehicles staying on the road longer, so that’s definitely a problem.” 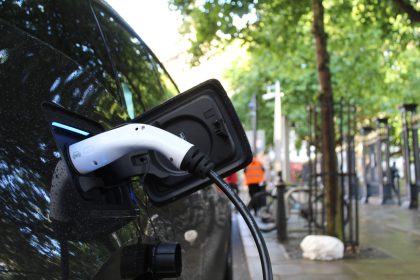 Tesla not impacted by microchip shortage

But how? Experts say there are multiple reasons, and supply chain and location are two important factors for all vehicle manufacturers. Currently, Tesla manufactures in just two facilities — one in California and the other in China.

Analyst Dan Ives told Barron’s that because Tesla has a simpler supply chain in addition to one being in China, it is easier for them to source microchips. That’s because the shortage is not impacting Chinese EV manufacturers as gravely as it did earlier in the year.

In all, Tesla is approaching the shortage situation differently. In a company conference call, Tesla’s CEO, Elon Musk, said they use more modern microchip technology than other manufacturers and are also rewriting software codes.

“It was an incredibly intense effort of finding new chips, writing new firmware, integrating with the vehicle, and testing in order to maintain production,” said Musk.

According to Tesla, there is no shortage in EV demand. Hertz, the rental car company, is working with Tesla to order 100,000 of its vehicles by the end of 2022. The order increased Tesla Inc.’s (TSLA.O) market value to more than $1 trillion.

While Tesla is booming, it cannot transition the entire U.S. from gas-powered vehicles to electric vehicles alone. Although Tesla is not exactly a luxury car brand, their vehicle prices are higher than other competing EVs and therefore not as affordable to many Americans.

However, Tesla’s expansion into the car rental industry is a great opportunity to get more people driving EVs and reduce emissions. But, without other EV manufacturers producing at full capacity, Biden’s EV plan may be difficult to fulfill. There is still no knowing when the microchip shortage will end and according to Global EV outlook, in 2020 EVs only represented 2 percent of new car sales.

Lack of charging infrastructure hinders the future of EVs

A shortage of semiconductor chips isn’t the only thing impeding the EV industry’s transition. While there are more than 100,000 public charging stations across the U.S., it is not enough.

A lot needs to happen in order to meet President Biden’s EV plan and that includes charging stations. Many EV owners charge their vehicles at home or at work. However, it’s imperative for EV charging to be accessible, convenient, and affordable. Motorists don’t want anything less, they want to be able to travel long distances comfortably.

Biden’s goal to advance EV charging infrastructure includes a combination of grant money and incentives. The goal is to turn $7.5 billion into a national network of 500,000 charging stations by 2030. The administration originally promised a $15 billion investment.

So, what is needed to achieve that?

Building this new EV infrastructure is not as easy as building new gas stations. It will require substantial government support and a network of partnerships with local municipalities, businesses, utility companies, etc.

AlixPartners told CNBC the U.S. would need to invest $50 billion in charging infrastructure to meet the expected EV growth by 2030 and $300 billion globally. EV chargers that charge in as little as 10 minutes is not cheap. According to AlixPartners, those are considered level three chargers and cost between $120,000 and $260,000 to install.

Currently, the majority of chargers in the U.S. are level 2. They cost between $2,000 and $5,000 and can take up to five hours to fully charge an EV with a 240-V outlet. Level 1 chargers only use a 110-V outlet like house plugs. Therefore, they take a very long time to charge an EV. Therefore, those are more suitable for some residential buildings. Without the proper coordination and a realistic approach, the transition to an electric transport infrastructure may be more difficult to achieve.

According to a recent study, California is the state with the greatest number of EVs. However, it doesn’t even have 40 percent of the charging infrastructure necessary to support the 2050 goal.

Analysts say that Biden’s $7.5 billion plan is a good start, but not nearly enough for nationwide adoption of EVs. However, that shouldn’t shy vehicle manufacturers away from competing in the EV future.

EV manufacturers like Tesla, Volkswagen, and Rivian are taking the industry by storm. Therefore, other manufacturers will need to find a way to increase their production fast. The Detroit Free Press cites that Ford CEO Jim Farley explained to a group of employees the importance of taking their competition seriously.

“We need to be honest with ourselves about the market, the strength of our competition, and the work we need to do together,” he said. “The market is evolving rapidly towards electric. While we’re making progress, and we are, we have a lot of work to do. But our competitors are unbelievable in this space, something we have never seen.”