This Toyota RAV4 Prime came back for more. I mean, a plugin hybrid electric vehicle that’s an SUV (PHEV) with an EPA-estimated rating of 42 miles on all-electric battery power alone. For this RAV4 XSE gets a bold new color in Calvary Blue with a black roof. Calvary Blue will also make its way on the existing TRD Off-Road. 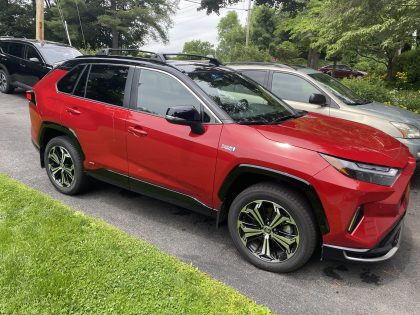 Designed for customers looking for sporty performance and sporty style. However at a lower price compared to the XSE. So the new SE Hybrid grade for RAV4 includes mono-tone paint. Also fabric trimmed seats and a 7-inch touchscreen with six speakers. And the SE Hybrid grade’s available options are exceptional.

The weather package, which we test drove is a commuter’s dream. It’s offering a heated leather steering wheel. Also heated front seats and rain-sensing windshield wipers. Especially with a de-icer function. The convenience package includes a moonroof and height adjustable power liftgate. Also and not to mention and Audio Plus. One that upgrades to a 9-inch touchscreen.

RAV4 gets some enticing exterior and interior features. All across the grades when it goes on sale next month. The RAV4 XSE gets a bold new color. All in Calvary Blue with a black roof. In fact, Calvary Blue will also make its way on the new SE Hybrid grade. That’s as well as the existing TRD Off-Road. 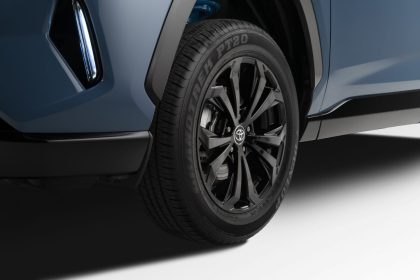 There are quite a few updates to the wheels as well.

New LED foglamps are being introduced. Also  the XSE gets the super sleek vertical lights that debuted on the XSE Prime in 2021.

So the updates are also found across multiple grades:

Engineered to tackle urban, suburban and outdoor adventures, the fifth-generation RAV4 is built on Toyota New Global Architecture (TNGA-K) platform. With a boldly chiseled design inspired by Toyota’s tough trucks, this latest RAV4 amplifies the desirable crossover traits that made the first RAV4 an instant success a quarter-century ago. Depending on model grade and options, the current RAV4 can be whatever the customer needs it to be, from the exceptionally well equipped LE model to a technology tour de force plug-in hybrid, with various levels of luxury and adventure in between. 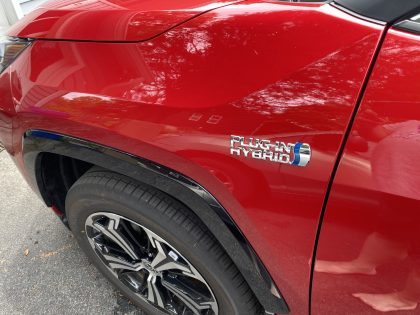 In gas models, the 203-horsepower Dynamic Force 2.5-liter four-cylinder gas engine is paired with an 8-speed Direct-Shift automatic transmission. This combo has an impressive EPA-estimated 28 MPG city / 35 MPG highway / 30 combined MPG ratings in the front-wheel, the best ever for a gas RAV4. 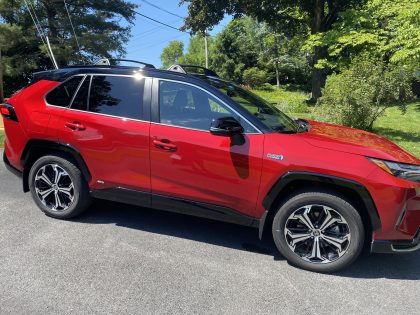 The RAV4 Hybrid models have 40 combined EPA-estimated rating. That’s a nearly 30% improvement over the previous Hybrid. Likewise, the Hybrid’s e-AWD improves over the previous system. That’s now with the independent rear motor. Thereby operating proactively to enhance traction even before front wheel slippage is detected.

This also has a Prime PHEV with an EPA-estimated rating of 42 miles on all-electric battery power alone. We got about 48-49 some days with generate braking and other skills lol! 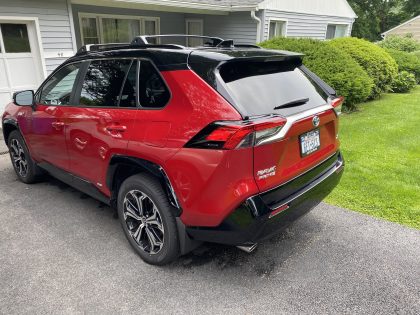