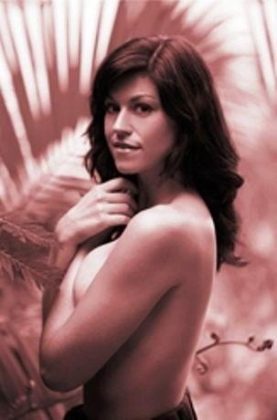 Pleasant Harah Wayne is an eco celebrity that the Green Living Guy has not reported on in the past. However, when FDR said speak softly and carry a big stick. All because Pleasant Wayne is unquestionably a green celebrity of EPIC proportions!!

Now she’s also the spokeswoman for OneCan.org. Since their inception five years ago, they have to date recycled 750,000 cans or beverage containers and provided them to homeless shelters for income. Talk about recycling plastic bottles at EPIC proportions for a relatively small non profit!

As well, she serves of the Natural Resources Defense Council (NRDC) as a member.

This star in the rising is has done my favorite show Entourage, performed in plays and loves to act with the greats. Moreover, she rubs elbows with people like Leonardo DiCaprio. As well as she also proclaims her devotion to the environment one act at a time.

In addition, Pleasant Wayne was born in 1975 in Davenport, Iowa and raised in Colorado where she attended the University of Colorado studying Communications and Psychology. Wayne also has two younger brothers.

She has modeled commercially and performed in many stage productions including, “Who’s Afraid of Virginia Woolf.” She worked as a supporting actor on several television shows and films, including “Entourage” and “The Best Damn Sports Show.”