Los Angeles, CA (September 12, 2012) – Bob Barker (Emmy award-winning host of ‘The Price is Right’ and philanthropist) and Jorja Fox (‘CSI’s’Sarah Sidle) will be honored.  All at a special lion-themed night in the Hollywood Hills on Saturday October 13th.  The event is hosted by Animal Defenders International (ADI). In addition, the celebrity-studded event is ticket only, starting at $150, with $500 tickets being a VIP champagne reception. Tickets are available at http://www.adievents.com/

As DaytimeConfidential reported: Bob Barker, The Young and the Restless’Kate Linderand Days of Our Lives’ James Reynolds were also among the celebrities.

In addition and as BusinessWire reported: Twiggy, Brian Blessed, Julia McKenzie, and Benjamin Zephaniah were the main celebrities.  Also, Meg Mathews, Wendy Turner Webster and Prunella Scales.  For they are among the first celebrities to get behind the Appeal from international organization ADI.  That’s to help get these magnificent animals to safety.

Lion Ark Night will be themed around last year’s huge ADI Operation Lion Ark rescue mission.  This mission is about saving of 29 circus lions from Bolivia.  Ten those animals to be brought to the U.S.  All which is currently being made into a feature length documentary.

After ADI undercover investigations secured a ban on animal circuses in Bolivia, the ADI team returned.  All to track down and raid the remaining circuses defying the law. Every animal was rescued.  For that’s 29 lions airlifted by ADI to safety in the USA.

The incredible effort that has seen ADI rescue every circus animal in Bolivia.  It also began several years ago; with an ADI undercover investigation.  One that exposed horrific abuse in circuses.  All across South America. This led to a nationwide ban in Bolivia and similar measures are under consideration in Brazil and Peru.

Last November and December, a year after the ban was passed, ADI and the Bolivian authorities swooped on circuses all over the country removing animals – lions, monkeys, horses and other animals. ADI now has 24 lions in its care in Santa Cruz, Bolivia and will collect a final lion later this week, with plans to move all lions in one massive airlift to The Wild Animal Sanctuary in Colorado. 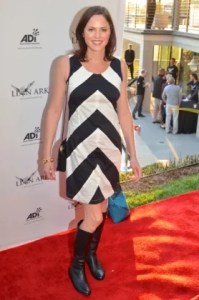 So, the gala evening was at a private home in the Hollywood Hills.  A home which featured a preview of scenes from the forthcoming movie Lion Ark.  All introduced by ADI founders Jan Creamer and Tim Phillips, who led the dramatic rescue mission in Bolivia.

During the evening’s award ceremony, a lifetime achievement award will be presented to TV host and philanthropist Bob Barker.  For he is the 2012 recipient of the international Lord Houghton Award for Services to Animal Welfare. Moreover, ADI nominates a single recipient every four years.

Jorja Fox will receive the ADI Animal Champion Award for her work to protect animals used in entertainment.

ADI promises exhilarating evening.  One with music and vegan hors d’oeuvres. In addition, desserts, wine and spirits.  Also, art, speakers, and a glimpse of Lion Ark the movie. 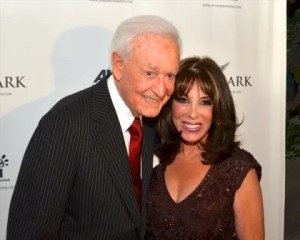 In conclusion, Barker, who is a keen animal advocate.  For he has also financed the $2 million operation.  An operation to remove and rehome all of Bolivia’s circus animals.  Thereby culminating in the Lion Ark.

Former host of the Price is Right, ADI Ambassador, Bob Barker said: “I am pleased and proud to say that a couple of contributions of mine helped ADI.  Especially in their history making accomplishments in Bolivia. I am so impressed with ADI.  So now I am going to make another investment in their mind-boggling work.  Also, I invite you, in fact.  No, I urge you to ‘man-up’ and join me, too. Believe me, you’ll get your money’s worth.”

‘They will be the happiest little babies you ever met,’ Barker told reporters.

Finally, Barker said he hopes someday no circuses will have animal acts.

CSI actress and ADI Ambassador, Jorja Fox said: “I hope you’ll join me in supporting Operation Lion Ark. For these majestic animals have been through so much.  Moreover, and now, through the compelling and daring acts of ADI, they are finally going to have a life.  One of ease, dignity, and grace. We’d love for you to be a part of this amazing and unprecedented epic event.”

I liked Jan Creamer, ADI’s President’s comments. For she said: “These animals have had a shocking life. A few weeks ago, when we were removing them from the circuses.  Circuses that were in the most deplorable conditions I have ever seen. Our task has been to provide food, water, veterinary care.  Most importantly: kindness. For now these animals are transforming before our eyes.  I mean we can see the joy on their faces.

Just so you know, I also gladly did a podcast on blogtalkradio.com on this event.  Sang the Price is Right theme song too for them too!

ADI has offices in Los Angeles, London and Bogotá. In addition, Animal Defenders International campaigns to protect animals in entertainment.  Also, the replacement of animals in experiments.  Finally, ending worldwide traffic in endangered species.  Also supporting vegetarianism; denouncing factory farming and pollution.  Also, the promotion of conservation. Most importantly, ADI also rescues animals in distress worldwide. Moat noteworthy, ADI-gathered evidence has led to campaigns and legislative action.  For that’s all over the world.  And only to protect the these animals.