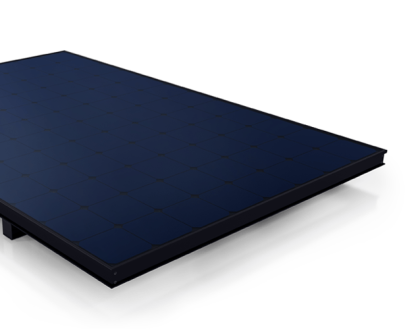 So the E18 & E19 AC solar panels also offer residential customers increased flexibility. That’s as panels with microinverters. For it can be easily installed on most homes. That’s including those with complex rooftops. In addition, shading from trees. Also chimneys and other obstructions.

Moreover, power generated by the rooftop solar system is optimized. That’s at the individual solar panel level. Thereby also delivering a greater overall energy yield. In addition, it is easily monitored to ensure maximum power is being produced.

So the attractive design of the AC solar panels. Then combined with the most efficient and reliable solar tech. For they have SunPower’s industry-leading 25 year warranty.  In addition. microinverters are integrated with SunPower’s solar panels. That’s at the factory level. This is reducing installation time. As well as complexity. Finally, the overall cost of the system.

We accomplished this by eliminating the reflective copper ribbons. Those that partially shade the front of solar cells. Especially in conventional commercial panels, enabling the P-Series cells to capture more light.  We reduced the resistance to current within the solar panel and made the new solar panel bigger.

The Performance Series is uniquely well-suited to larger roofs. I mean for example in commercial uses. Because of its unique internal circuit, the P-Series panel is less susceptible. That’s to conditions where there’s shade or dirt on the panel. This results in more energy production over time compared to conventional commercial panels.2

Although the SunPower E-Series and X-Series remain the right choices for customers. All who want the best in performance and reliability. So the Performance Series panel provides a strong value proposition to customers who have enough available roof space. That’s to meet their solar energy production needs with a lower efficiency panel.