Why university presidents Drew Gilpin Faust and Christina Paxson were wrong to reject calls to divest from fossil fuel companies. 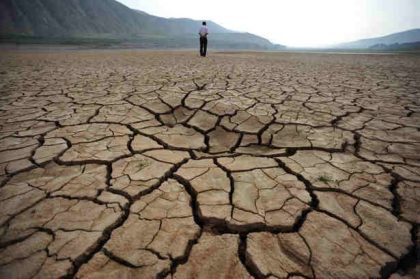 University presidents once spoke their conscience on matters of great public importance. In the early 1950s, many protested the loyalty oaths that required faculty members to forswear membership in the Communist Party. One of the most courageous critics of McCarthyism was Nathan Pusey, first as president of Lawrence College in Senator Joseph McCarthy’s hometown of Appleton, Wisconsin, then as president of Harvard. In the 1960s, some university presidents openly opposed the war in Vietnam. Even at the cost of donor support, Yale president Kingman Brewster Jr. publicly contested the war and decried the inequities in the draft. He permitted protest demonstrations and skillfully kept the Yale campus open and relatively calm.

In the 1980s, a protest movement arose on American campuses as students—and some campus presidents—argued that it was immoral for universities to own stock in companies doing business in apartheid South Africa. Although Harvard president Derek Bok refused to support divestment over apartheid, Harvard eventually did sell most of its South Africa–related stock—and Bok did endorse the sale of stock in tobacco companies.

Today, university presidents and the institutions they lead confront a moral choice over a crisis that threatens human health and society on a far greater scale than either tobacco or apartheid: climate change. As Elizabeth Kolbert wrote in Field Notes From a Catastrophe, “It may seem impossible to imagine that a technologically advanced society could choose, in essence, to destroy itself, but that is what we are now in the process of doing.” In the last few years, students have begun urging their colleges and universities to divest from fossil fuel companies (FFCs), whose products are driving climate change. Two of the first university presidents to respond, Drew Gilpin Faust of Harvard and Christina Paxson of Brown, this fall placed themselves and their institutions on the wrong side of science and of history by rejecting divestment.

I believe that presidents Faust and Paxson were wrong, gravely wrong, not only in the broadest sense—because their choice harms humanity—but because they failed in their narrow duty to protect their institutions and their present and future students.