When Honda Motor (HMC) introduced its all-electric Fit EV in July 2012 they didn’t expect much. For they set a modest goal of delivering 1,100 of the lease-only cars in two years. Yet through May, the company had found just 176 takers for the plug-in. Consumers also didn’t leap to pay $389 a month for a subcompact. I mean for one that can go only about 82 miles before it needs recharging.  That’s especially when the gas-powered version gets 30 miles a gallon and costs half as much.

General Motors (GM), maker of the plug-in Chevy Volt hybrid, and Nissan Motor (7201:JP), which makes the all-electric Leaf. All have also seen sales fall short of their goals.

This is a problem for automakers under increasing pressure to push zero-emission vehicles on skeptical consumers. Nine states, including New York, Massachusetts, and New Jersey, have followed California’s lead in requiring that electric, plug-in hybrid, and hydrogen-powered models make up 15 percent of new-car sales and leases by 2025. They’ve got a long way to go: About one-third of 1 percent of the 6.4 million new vehicles sold in the first five months of 2013 were zero-emission, says the National Automobile Dealers Association.

It’s all under a complicated formula that varies by state. Yet automakers earn “zero emission vehicle” credits. Especially for each electric vehicle they sell or lease. I mean and they’re expected to rack up a certain number of credits each year. Not all green cars are equal. So all-electric models such as the Fit EV are worth more credits. For that’s more than plug-in hybrid models with gasoline engines like the Volt. The number of credits the carmakers must earn rises each year. Moreoved and the companies face fines for falling short. (They can buy credits from other companies, such as electric-only Tesla Motors (TSLA). You know a car company that sell too few cars to be subject to regulation. Yet a car company can still earn credits which they are allowed to sell. For Tesla made $85 million selling California and federal credits in the first quarter of 2013.

The Fit EV, along with Ford Motor’s (F) all-electric Focus and Toyota Motor’s (TM) battery-powered RAV4, are known within the industry as “compliance cars”.

They are limited-edition models manufactured to meet the zero-emission sales requirements. The Fit EV is on the market only in California and the other states with electric car quotas. “They are essentially forcing vehicles to be built and delivered to dealers who are forced to sell them,” says Bailey Wood, the dealer association’s legislative director.

This has left car companies struggling to find ways to make their electric offerings more attractive. One thing that’s working: leasing the cars at fire sale prices. With a two-year supply of Fit EVs sitting on dealer lots, Honda cut its 36-month lease rate in June by about one-third, to $259 a month, with no down payment and unlimited mileage. GM and Nissan are also offering steeply discounted leases on plug-ins. Demand for the Fit has surged; within weeks, Honda went from bemoaning a stockpile of cars to apologizing to customers put on a waiting list and promising that more Fit EVs are on the way.

The car’s newfound popularity will help Honda meet its quotas, but the low prices may not be sustainable.

Rock-bottom leases likely mean little to no profit—Honda won’t say whether it’s losing money on the Fit—and condition buyers to expect the car to come cheap. Requiring minimum numbers of plug-in vehicle sales is “inherently a risky strategy,” says Edward Cohen, Honda’s vice president for government and industry affairs. The mandate “directs manufacturers to offer consumers technology options along a predetermined time frame and with specified numbers, notwithstanding whether the technology and market are ready.”

In March the Alliance of Automobile Manufacturers, whose members include GM and Toyota, and the Association of Global Automakers, which counts Honda among its members. For it filed a petition with the U.S. Environmental Protection Agency. All to block California’s sales targets. “The sales data tell the story of what consumers want,” says Alliance spokeswoman Gloria Bergquist. “The early adopters have purchased plug-in electric vehicles. However mainstream consumers have not followed.”

Yet electric car advocates say the temporarily low prices will ultimately lead to greater sales. Especially as buyers give the cars a try, get over their doubts, and become converts.

Both are needed folks. I mean a market push and market pull are needed. Especially if they need to be in sync. That comes from Roland Hwang of the Natural Resources Defense Council.

We need both a long-term, stable signal. One for automakers to produce electric cars. Also and I mean a robust, growing consumer market. That’s what they say. Well I say watch Tesla eat them up!

In conclusion for source and for the entire story: Bloomberg BusinessWeek 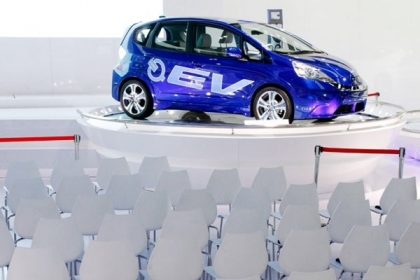