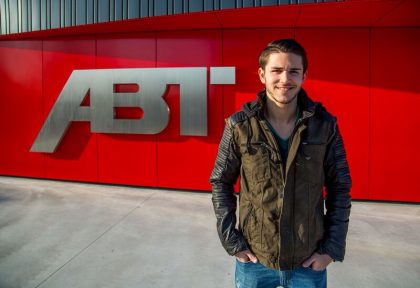 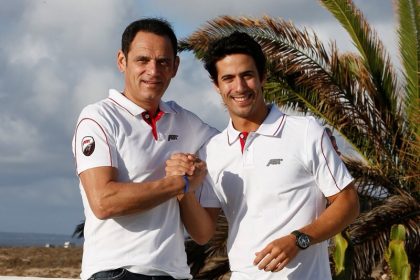 ABT Sportsline will contest the first season of the new FIA Formula E Championship with former Formula One racer and Audi factory driver Lucas di Grassi and German youngster Daniel Abt. The German outfit is the first of the ten teams in the field to have presented its driver line-up. The inaugural event of the new fully-electric race series will take place in Beijing, China, on 13 September 2014.

”In Daniel and Lucas we’ve signed our absolutely ideal pairing,” says team owner Hans-Jürgen Abt. ”My thanks go to Audi who released Lucas for the Formula E commitment. He’s been involved in the development of the series right from the beginning and is one of the most sought-after names on the scene – we’re proud that he’s opted for us.”

The 29-year-old Brazilian has previously competed in Formula One, various Formula series and endurance races. In 2014 di Grassi is again part of the Audi squad, running in the FIA World Endurance Championship including Le Mans. “I’m delighted that Audi is giving me the opportunity to drive in sports car racing as well as in Formula E,” says di Grassi. ”I’ve been watching ABT Sportsline on track for a long time – a very professional and cool outfit. It’s great that it worked out. We’ve got ambitious plans.” His first Formula E test with ABT is scheduled for June.
﻿
The second seat for the only German Formula E team goes to Daniel Abt. The 21-year-old is starting his second GP2 season in 2014 after having previously clinched the runner-up’s spot in the GP3 Championship. As the son of team owner and CEO Hans-Jürgen Abt he was one of the first applicants. “I was really thrilled with the ideas of Formula E from the very beginning and obviously even more about ABT Sportsline competing with a team of their own,” says Daniel Abt. “That I’m part of the line-up in the inaugural season is both an honour and a huge challenge.”
﻿
Formula E is a new FIA racing championship featuring fully-electric single-seater race cars. The series will compete in the heart of 10 of the world’s leading cities – including Germany’s capital Berlin – with 10 teams, each with two drivers, going head-to-head to create a unique and exciting racing series designed to appeal to a new generation of motorsport fans. The only German race will take place in Berlin on 30 May 2015.

Although the inaugural event in Beijing will not be held until 13 September preparations are already in full swing. In May the ten international teams are scheduled to move into their new, state-of-the-art headquarters in Donington Park, UK, where the Spark-Renault SRT_01E Formula E cars will be prepared for initial track tests.

“All our plans for Formula E are perfectly on track,” says Thomas Biermaier, who, as sports director, is responsible for all motorsport activities at ABT. “The two drivers we’d been wishing to sign are on board and our discussions with partners, sponsors, engineers and mechanics are making very good progress as well.”

Fans and journalists can experience the Formula E race car live in advance on ABT Sportsline’s stand at the Geneva Motor Show, 6 to 16 March.
﻿
For more information on the FIA Formula E Championship visit www.fiaformulae.com or for further details on ABT Sportsline log onto www.abt-sportsline.de.