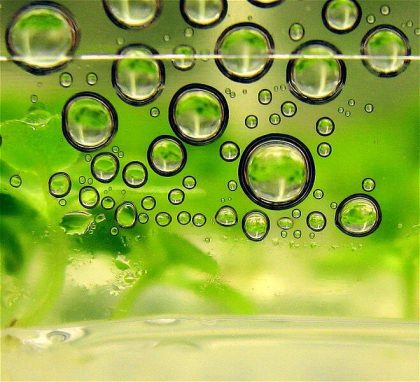 Washington, D.C.—-In 2012, the combined global production of ethanol and biodiesel fell for the first time since 2000, down 0.4 percent from the figure in 2011. Global ethanol production declined slightly for the second year in a row, to 83.1 billion liters, while biodiesel output rose fractionally, from 22.4 billion liters in 2011 to 22.5 billion liters in 2012. Biodiesel now accounts for over 20 percent of global biofuel production, writes Tom Prugh in the Worldwatch Institute’s latest Vital Signs Online trend (www.worldwatch.org).

Biofuels are a subset of bio-energy, which is energy derived from biomass (plant and animal matter) and which can range from manually gathered fuelwood and animal dung to industrially processed forms such as ethanol and biodiesel. Biomass can be used directly for heat, turned into biogas to produce electricity, or processed into liquid forms suitable as alternatives or supplements to fossil fuels for transport.

Bio-energy is regionally or locally important in many places around the world; traditional biomass is still used for cooking by 38 percent of people worldwide, for example, while in parts of Africa and Asia more than 90 percent of the populace relies on it. In China and elsewhere in Asia, roughly 48 million biogas plants were built as of 2012 to support rural electrification.

The top five ethanol producers in 2012 were the United States, Brazil, China, Canada, and France. But the United States and Brazil accounted for 87 percent (61 percent and 26 percent, respectively) of the global total.

U.S. ethanol production totaled 50.4 billion liters, down about 4 percent from 2011; U.S. production depends mainly on corn as a feedstock, and corn prices rose in 2012 due to a severe summer drought in the Midwest. As a result, in the fall the United States briefly became a net importer of ethanol after nearly three uninterrupted years of net exports. Brazil’s production rose 3 percent to 21.6 billion liters, partly because of a drop in sugar prices. The other top producers account for far smaller volumes; China’s output, for instance, totaled 2.1 billion liters in 2012, while Canada’s totaled 1.8 billion liters. The European Union (EU) as a whole produced 4.6 billion liters of fuel ethanol in 2012.

Biofuel demand is strongly driven by blending mandates and supported by subsidies. Seventy-six states, provinces, or countries had such mandates on the books in 2012, up from 72 the previous year. Global subsidies for liquid biofuels were estimated in 2012 to be well over US$20 billion. Mandates or targets have been established in 13 countries in the Americas, 12 in the Asia-Pacific region, and 8 in Africa. In Europe, the EU-27 group of countries is subject to a Renewable Energy Directive (RED) that called for 5.75 percent biofuel content in transportation fuels in 2012. The United States and China have established-and Brazil has already achieved-targets of between 15 and 20 percent no later than 2022; India has also mandated 20 percent ethanol by 2017.

Whether these targets are stable and will be met is an open question, however. India, for example, is said to have an uneven record of meeting its own mandates. The EU’s RED came under strong challenge in 2012 as a result of concerns over the effect that biofuel feedstock cultivation was having on food prices and changes in land use. In response, the European Commission proposed limiting conventional biofuels (those derived from food crops) to a 5 percent share of all transport fuels.

Further highlights from the report: