Eco Comics has today announced the launch of a new character drawn by the late, legendary artist Herb Trimpe. Artwork by Trimpe has also been unveiled.

It will see Trimpe – renowned for his art on Hulk and Wolverine. All to help bring to the world a second, huge green behemoth so this time in the form of Eco Warrior.

“We needed a big strong hero to represent Eco Comics. So and of course, like our approach, he had to be green. We considered several superstar artists of the comic industry. All before it dawned on us the perfect and obvious choice had to be Herb Trimpe,” said the publisher.

But any similarities that may exist with that ‘other’ green monster associated with Trimpe are only skin deep says the award-winning publisher. 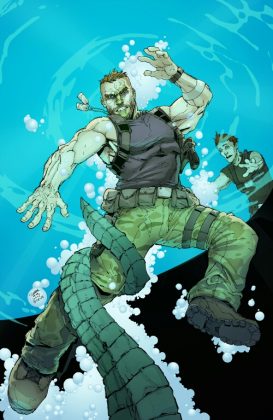 “Eco Warrior is a face for our environment. The fact that he also utilises technology shows that he is a real contradiction. But added with a touch of Viking warrior, a glove for pounding, and boots for stomping, you can bet he’s not here to give sermons.”

“He is driven to protect the Earth’s endangered environment and eco system, bringing him into conflict with corporations and vested interests who hold the resources to allow them to battle him head on.”

Writer Chris Bunting adds: “It was a blast working with Herb Trimpe, a legend in the comic book world. Herb’s Hulk enthusiasm was evident right toward the end of his illustrious career. It’s just a shame he’s not here to witness this, as I’ve no doubt that he’d be thoroughly enjoying it.” 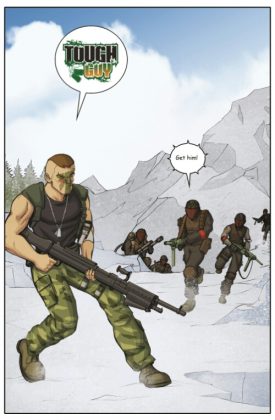 “Like many of Herb’s finest characters, Eco Warrior is full of pathos and Greek-style tragedy. By sucking pollution from the atmosphere to fuel Eco Warrior’s godly strength, eventually it could all be removed and Earth saved, thereby sacrificing himself.” 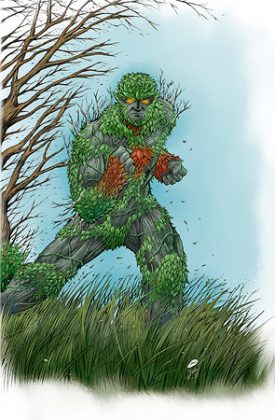 Eco Warrior is set to play a pivotal role in many other titles by Eco Comics before featuring in his own, a tribute entitled Herb Trimpe’s Eco Warrior, including art by Trimpe himself. More Trimpe art will be unveiled by the publisher soon.

Exclusive Eco Warrior artwork by Herb Trimpe is available to view on the publisher’s blog: blog.mohawkmedia.co.uk