Sustainable architect Wolfgang Frey’s reforestation efforts in China to offset his carbon footprint. The initiative is celebrating its second year with over 6,000 trees planted

(Freiburg, Germany – July 12, 2016) Wolfgang Frey, a practicing architect who specializes in sustainability in Freiburg, Germany. For it has found a way to offset his own carbon dioxide „debt“. In the spring of 2014 Mr. Frey began a reforestation project on the Chinese mountain Xishan (‘West Mountain’ in English) in Taiyuan. It’s located in the Chinese province of Shanxi.

Mr. Frey celebrates the second year of his efforts to reduce his carbon footprint in China. Mr. Frey has planted over 6,000 trees on 12.4 acres. Every growing plant absorbs CO2.

Wolfgang Frey’s goal is to compensate for his own personal CO2 emissions as an architect with the help of the trees he plants. 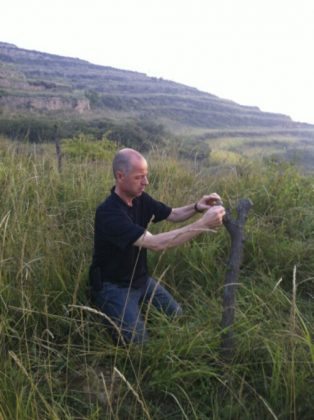 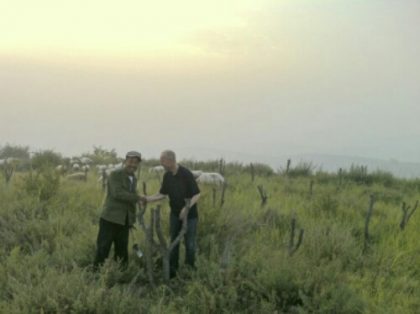 Ideally, the trees should absorb the same amount of carbon dioxide that he produces.

Because the climate in the industrial city of Taiyuan is extremely hot and arid in the summer time, Mr. Frey started out by planting acacia trees. This type of tree is also known as pioneer wood because it still manages to grow despite the rather unfertile ground and critical climate.

Apart from the absorption of carbon dioxide, the trees also provide other positive aspects such as the production of oxygen and the overall improvement to the micro-climate.

The reforestation project has not yet ended: Wolfgang Frey wants to expand his forest.

He flies to China about three times a year and can take between 150 and 200 saplings from Germany each time, resulting in about 600 acacia trees annually. In addition, date trees bought directly from China are being planted. The plan is to continue to expand the forest’s acreage.

Back in Germany, Wolfgang Frey also owns 111 acres of forest. So the wood from which is used – among other things – for sustainable projects.

Founded in 1959 by Friedrich Frey, Frey Architekten is a sustainable architecture office. It’s located in the German eco-city of Freiburg im Breisgau. As one of the pioneers in sustainable architecture. Frey Architekten has been using solar panels since 1972. In addition, the office has an international presence in China, Russia and other parts of Europe.