The last time I test drove the Tesla Model S was in 2014. Back then it was the P85 with only one electric motor. 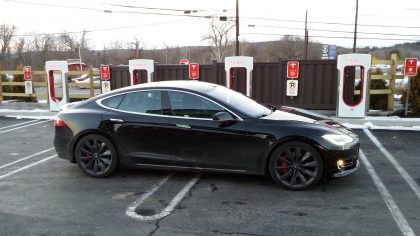 I’ve been trying for months to think out what were the best words describing the difference. Then it hit me. Imagine the fastest car you ever had times ten. That’s a Model S dual motor P85. Imagine G Force pulling you back into the seat. I almost felt like it was a free face pull. I mean holy omg. Can you feel it! Shake and Bake on that Ricky Bobby Will Ferrell!

They are the best game in town. It’s as much as step on the pedal, hit the button for ludicrous mode (Elon is so cool just calling it a pun to Space Balls ny Mel Brooks) and hang the F on!  It’s gonna pull you like no other car has. No other car. Not even Porsche. Sorry. Not even Ferarri or that Lamborghini. So please do not try my patience or our readers. They don’t deserve that non truth. The interior even got nicer. Still needs work but much nicer. Before they had a big pocket in between the seats where a woman could easily put their pocket book. Well I don’t do that!  Ok!! LOL not that there’s anything wrong with it Jerry Seinfeld but it’s not me!

So the Tesla Model S dual motor P90D was more my speed. 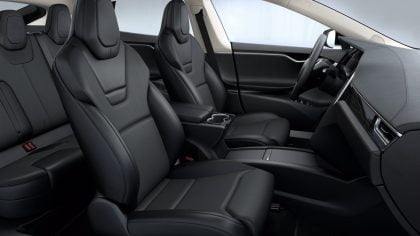 You know, a dashboard is one thing but cup holders, an arm rest and a place to put your stuff. That’s a major change for the majority of Americans so well done Tesla For this Tesla Model S dual motor.

As you can see, you control the doors, outdoor lighting for the car (ALL LED GREEN LIGHTING), regenerative braking extreme or normal, suspension and even interior lighting. This is all before you press go on the accelerator.

As reported, the Tesla Motors Model S is one of the safest cars on the road. It just felt safe to close the door and feel the strength behind the wheel. You get that in a high end car or a safe safe car.

Much of the safety since the electric drivetrain that sits beneath the car. As I’ve explained in the past, with battery packs underneath the car, an EV has a low center of gravity, minimizing rollover risk. The Model S’s safety record is proven by its NHTSA and Euro NCAP 5-star safety rating along with setting a record of the lowest likelihood of injury to occupants when tested in the United States.

With two motors, one in the front and one in the rear, Model S digitally and independently controls torque to the front and rear wheels. The result is unparalleled traction control in all conditions. Unlike conventional all-wheel drive vehicles that sacrifice fuel efficiency for increased traction, Tesla’s Electric All Wheel Drive system increases efficiency.

Here are some of the safety features:

Eight airbags for driver and passenger heads, knees, and pelvis plus two side curtain airbags 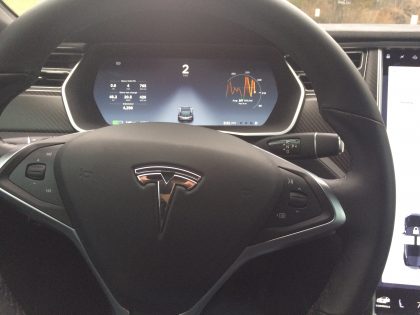 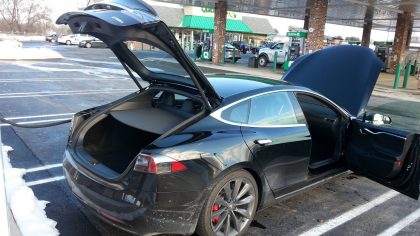 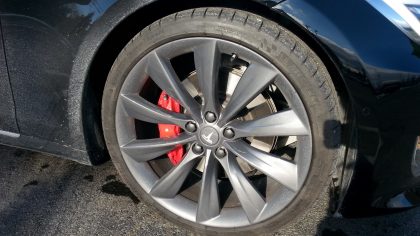 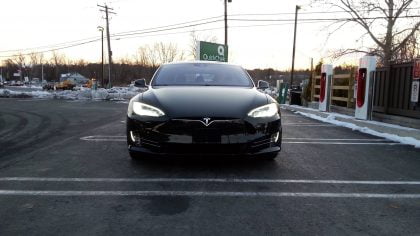