Representatives from both companies are very excited about this joint collaboration and state that it is natural fit in that both companies’ plans are to develop, design and construct well over 5GW’s of Solar Farms over the next several years and this is just the first of many large joint ventures that the two companies plan together. The most recent purchase of 1.8GW’s of Solar Farm projects from Innovative Solar Systems was not the first venture that ISS and VIVO has had together and most recently VIVO has just brought online Several ISS projects, both IS31-35MW(AC) and IS47-35MW(AC).

VIVO Power is just one of many of ISS’s large clients that repeatedly buys and constructs the quality Solar Farms that ISS delivers to the solar market place.

Innovative Solar Systems is known for developing crown jewel Solar Farm projects all across the United States that offer buyers and investors the highest returns, and overall lowest operating costs. ISS has become the #1 US Developer of Utility Scale Solar Farms and has a yearly pipeline of approximately 200 projects in over thirty states that total over 10GW’s. Large investment funds have grown to depend on ISS for their yearly capacity of high quality projects that the company is able to deliver at either “Shovel Ready,” NTP or full COD. ISS is without a doubt the best and highest quality Solar Farm Development Company in the US for many reasons and new clients are lining up daily to cement new relationships and JV’s with ISS as ISS is the largest and most sophisticated developer of Utility Scale Solar Projects in the US. 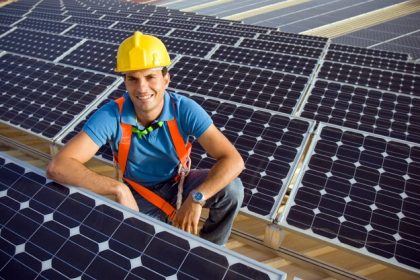 The minimum block or portfolio of projects that ISS now sells to any new client is 300MW (AC) min.

Most new clients that ISS is currently forming partnerships with all wish to have solid access to a minimum of 500MW to 1GW of projects per year. Innovative Solar Systems is not the company that sells singular projects anymore, the company sells no less that 300MW’s to any single buyer on any single transaction now, this is important to note when contacting ISS to explore the possibility of becoming a new ISS client.