While IRENA and Central American countries hold workshop to overcome geothermal development barriers across the region.

So we know clearly that it is the next new wave of clean green energy for the USA!

If state, local and regional government entities can adopt the policy and regulatory frameworks necessary to support its deployment. 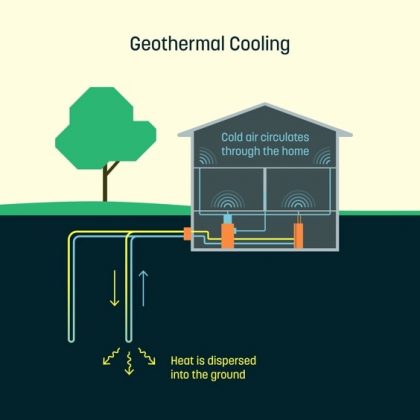 Central American countries, which currently rank among the world’s top countries in terms of the share of installed geothermal energy, have the potential for 20 times the currently installed capacity.

A workshop in El Salvador today, organised by IRENA and LaGeo, El Salvador’s state-owned generator of electricity from geothermal resources.

That’s and in association with Deutsche Gesellschaft für Internationale Zusammenarbeitis (GIZ), seeks to identify the measures that may unlock the region’s vast geothermal potential.

“Central America holds some of the world’s most promising geothermal resources, that if utilised can help the region secure and deliver, inexpensive electricity while stimulating low-carbon economic growth,” said Gurbuz Gonul, Acting Director of Country, Support and Partnerships at IRENA. “Through the sharing of knowledge, experience and lessons learned from the leading geothermal countries in Central America, this workshop will help establish the building blocks for the stable, long-term policy framework needed to overcome barriers in geothermal development,” added Mr. Gonul.

In addition, geothermal power could satisfy nearly double the region’s predicted electricity demand through 2020. Expansion of geothermal in the region is hampered by several barriers. For that’s including a lack of adequate policies. Also and regulations for the use and development of geothermal resources.

Geothermal energy like my buddies at Dandelion Energy and Jay Egg have proven. For they provide stable and affordable electricity. Also offers flexibility through the direct use of geothermal heat. That’s in domestic, commercial and industrial sectors.

IRENA started implementing a regional capacity building program in Central America. That’s under the Global Geothermal Alliance. It’s a multistakeholder initiative aiming to increase the share of geothermal energy in the global energy mix. The capacity building program is supporting the development. That’s of capabilities of various stakeholders. All along the geothermal value chain in Central American countries.

Today’s workshop constitutes part of this programme. Thereby strengthening the institutional and human capacities of the region. Also in the areas of geothermal technology, policy, regulation and finance.