Extreme heat, drought conditions and longer warm seasons – all events linked to a warming planet – increase the risk of wildfire, including those currently ravaging California. Following the state’s hottest summer in history in 2017, more bone-dry conditions this year prompted an early start to fire season. In July 2018, record-breaking temperatures scorched California once again and set the stage for some of the largest and most destructive fires in the state’s history. 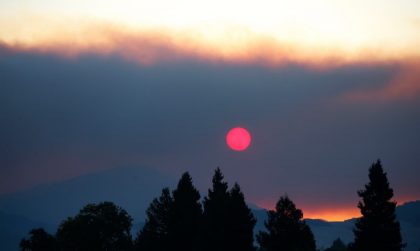 Of 862 pieces mentioning wildfires between July 23 and Aug. 7, only 109 (12.6 percent) mentioned climate change or global warming. This comes from Public Citizen’s survey of the top 50 U.S. newspapers by circulation found. 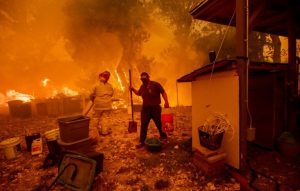 The three newspaper that produced the most pieces connecting the wildfires to climate change were The New York Times (17 articles), The Sacramento Bee (16 articles) and the Los Angeles Times (15 articles). Among newspapers in California mentioning wildfires, fewer than 10 percent of the pieces made the connection to global warming.

Of the 296 broadcast transcripts from ABC, CBS, Fox News Network, MSNBC and NBC, only 32, or about 11 percent of pieces.  It also mentioned climate change. In absolute terms, the best performing network was CNN. They had 20 transcripts discussing how the wildfires were spurred by a hotter, drier climate.

Finally, David Arkush, managing director of Public Citizen’s Climate Program had some comments. In conclusion, he stated that reporters are covering these record wildfires. However, the papers seem not to be asking why this is happening. Or are they connecting the wildfires to climate change. The deniers think it’s  only because of the lack of maintaining forests. Well there we go again!!

View this on our press page.