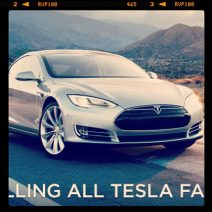 Tesla fans!! Let’s help NY keep their stores. How about expanding more stores! There was a bill back in the early year to even kill the Tesla stores and only do sales through dealerships. Contact the governor, senators and assemblymen. www.ny.gov

However according to the Albany Business Journal:

Tesla Inc. could open 15 more stores in New York, including one in the Albany area, under proposed state legislation.

Assembly Majority Leader Joe Morelle, a Democrat from the Rochester region, and state Sen. George Amedore, a Republican of Rotterdam, have introduced bills that would allow Tesla to have 20 stores in the state. One catch: They would need Tesla to find at least five of 15 new stores upstate, with one each in the Albany, Buffalo, Rochester, Syracuse and the upper Hudson Valley regions.

The electric car manufacturer has five stores in New York.  In addition, two galleries where customers can browse but not buy. Although all of them are downstate. As well, Tesla also has a 1.2 million-square-foot factory in Buffalo.  This is which the state built.  That is where the company makes solar products. The factory employs more than 500 people between Tesla and its partner, Panasonic Corp as I’ve reported before.

Even PressConnects reported last year:that the sponsor of a bill that would allow it to happen.  He said it wasn’t likely but its an issue. As reported: “it’s obviously an issue that’s important to a lot of people who want in zero-emissions automobiles and the method by which you buy them.”