It’s a good time to be growing food in Philadelphia. After 8 years of the Nutter Administration’s Greenworks Plan that the city adopted in 2008. We are so very close. Meaning even if we didn’t fully meet this goal it would be enough. Yet to the ethic that every Philadelphian should live within a 10 minute walk of fresh, healthy food and green spaces. 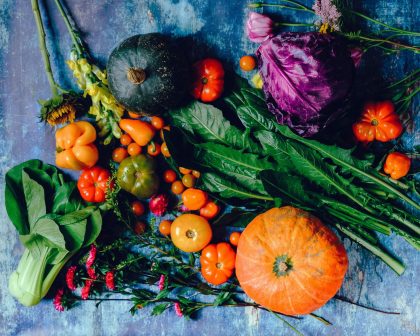 So the administration also took a gamble. A gamble on a successful ballot initiative. That’s to make the Mayor’s Office of Sustainability a fully sanctioned city department. Including housing within it the Food Policy Advisory Council. One department that convenes professionals, experts and advocates from across the food system. Therefore ranging from urban farmers to public health officials to local business owners. 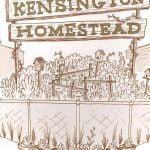 All therefore to make the most fair and nourishing food system as possible. That would be for all Philadelphia’s 1.5 million citizens. And Land Bank Legislation was just passed to combine the 10,000 city owned vacant properties. As well as some of the 30,000 privately owned vacant properties. Take that and make it into a Land Bank. Where a non-profit board will work to transfer land to community use. Therefore with urban agriculture leading the charge. So I would like to reiterate Now that a good time to be growing food in Philadelphia. 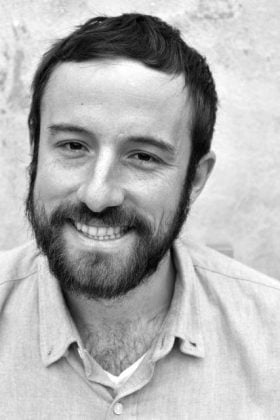 My wife Elisa and I are fortunate enough to be on the forefront. The forefront of that farming movement in Philadelphia. When at 25 and also looking to take that next step into adulthood. Aka by buying a house. So Elisa purchased a house where she traded off the smaller indoor space. All thereby for the opportunity to own 2 vacant lots as a side yard. Also take over 5 vacant lots as an urban farm. On just a corner of a city block. Yes, so Elisa has spent that last 7 years, with much help from her co-founder Patrick Dunn. Plus her community and now me. All growing food for her community and creating a safe a vibrant space. Space where people from throughout the neighborhood. That’s regardless of age, income or education—can have access to fresh food and land to grow it.

But even with all of this success, and the farm looking better than it ever has. Because there are still a few details to be worked out. All even as the tide of city development seems to be on our side. The first is that we hope to use the Land Bank Legislation to fully acquire the lots. Through a non-profit trust to ensure that the farm remains a neighborhood landmark and amenity. Even as development ratchets up in the East Kensington neighborhood where it is located. But a larger conversation that the farm finds itself; its identity as a food-growing space.

On one hand, we call the garden a farm. Elisa has always used the word “farm,” as the community. And as I learned from the words of the wise Bob Rodale of the legendary Rodale Family while creating my own gardens and farms when I was working in the West Philadelphia, it doesn’t matter if you’re feeding 5 people or 500 people. If you’re growing food for others, you’re a farmer. However, when using the word farm, most people conjure an operation where a group of workers, led by a head farmer, are growing food and then selling to the surrounding economy.

Sometimes that surrounding economy is community members from the town where the small family farm is located. Other times it’s the grain train that takes food from the factory corn farm in Iowa to a processing plant in New England.

But when a visitor comes to Emerald Street Community Farm and sees the size, then large group of people teetering between working and socializing, and a bunch of kids hanging out underneath the pavilion doing a cooking class or arts and crafts, the place takes on the feeling of a park or community garden.

In some schools of thought, these two descriptions are mutually exclusive. A person is either farming or they are running a community garden. But at Emerald Street Community Farm, we have stumbled into the concept of what we call a Workers’ CSA (Community Supported Agriculture) that we think is an answer about how food can be grown for the community and by the community.

First of all, the first American CSA’s were developed in Massachusetts in the 1980’s. Since then they have grown to be one of the most profitable and secure models for small-scale farmers.  By adapting these lessons and best practices. They developed our Workers’ CSA.

How the CSA Works

Basically, we open the farm every Monday from 4-8 right after the standard workday ends for most people, and we invite our community to come grow with us in our community growing area of the garden. Some of these people are 9-5 professionals, some are artists or students with looser schedules and some are parents that want to get the kids out of the house. We begin the day with a long list of tasks that need to be done, and we usually end the day by providing all participants with enough vegetables from the harvest to get them through the week. All other harvested produce donated to a local soup kitchen around the corner from our house.

We also have volunteers who entertain the 10-15 kids who show up every Monday by conducting cooking lessons and what we call “craftivity” hour where kids make everything from animal masks to pinwheels.

This system obviously benefits the farm through the built-in labor force that show up consistently and helps us grow. But it also benefits the workers because their commitment is low, their experience great, their gardening knowledge improved, their community has green space and they get to take home veggies.
In Urban Roots, the documentary about urban farming in Detroit, one urban farmer interviewees said that he would take 15 people over $15,000 any day of the week.

Although we have used community association donations to rebuild the compost system, our community garden water system and have written a grant for a new horticulture inspired fence, those 10-15 people who show up every Monday really make it work. And Elisa and I benefit too. We have a farm right outside of our house where we can pick fresh veggies for dinner every night. I also released essays last November called  Kensington Homestead , which inspired by and made possible by all the great and crazy stories inspired by life on Emerald Street.

The local urban agriculture community also benefits from the model that we produced. As I said, one of the largest questions facing urban farmers is how to sustain the operation. By finding a way to rely on people to help really fills that gap. And for community gardeners, one of the biggest questions they face is what to do in August when the most amount of food and weeds are grown while most gardeners are on vacation and their plots, of which they are solely responsible for, sometimes become a tangled mess of weed-vines and rotting food. This doesn’t happen in every garden, but in enough gardens to inspire gardeners—both old-timers and newbies—to give a certain reverence when they tour our garden in August and it doesn’t just look good, but is producing food for the dozen or so people who have come by the farm to get food.

Finally, it’s truly our neighborhood that benefits the most from a farm. A farm that has been able to sustain itself for seven seasons and will for continue to do so for some time. Best part is it’s done by leveraging the power of community!

Esposito is an urban homesteader who writes about social change, and has spoken on sustainability at the 2010 TEDxPhilly Conference. I think his newest book might be of interest to your readers and we would be honored to be featured or guest blog on your Green Living Blog.

Nic recently released his second book, Kensington Homestead, collection of essays about growing food in the transitional neighborhood of Kensington, Philadelphia, which I think may be of great interest to your readers. With topics that range from ill-fated chicken kills and rogue bees to neighbor dynamics, gentrification, planting cycles, poverty, and community involvement, this collection offers a rich and diverse look at urban farming as instrument of social change.

Kensington Homestead reviewed on Newsworks, The Philadelphia Inquirer, and Metro, and was on the Urban Farm and Garden Show on March 4.

Nic Esposito is a writer and urban farmer from Philadelphia. After developing urban farm projects in Philadelphia as a part of Philly Rooted, Nic Esposito and his wife Elisa now operate Emerald Street Urban Farm as well as their own homestead populated by their son, Luca, a dog, a cat, and a whole bunch of chickens. He writes about social change for blogs and magazines, has spoken on sustainability at the 2010 TEDxPhilly Conference, and is the founder of The Head & The Hand Press.