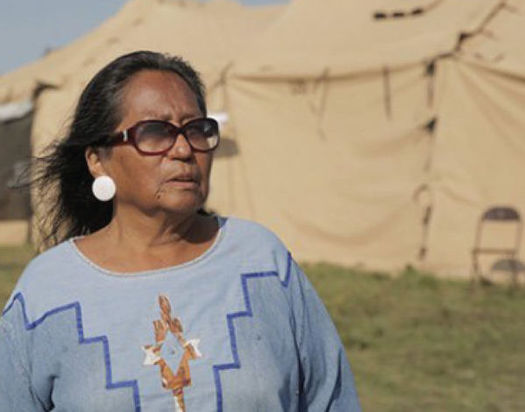 BISMARCK, N.D. — Once at the center of a pipeline fight, the Standing Rock Sioux Tribe is developing a green way out of reliance on fossil fuels.

The Lakota People’s Law Project is leading a campaign known as “Green The Rez” to create a renewable-energy blueprint for the people of Standing Rock. The campaign also wants North and South Dakota to develop their own renewable standards of 50% by 2030.

Phyllis Young is an organizer with the Lakota People’s Law Project and a former Standing Rock Tribal Council member. She said achieving energy independence through new technological breakthroughs in renewable energy is not the only aim.

“It’s a technology that we’re trying to merge with the spiritual beliefs that we have,” Young said. “Solar is the sun, and we are sun worshippers and we are sun gazers. So it’s a natural part of our universal knowledge.”

Because of their spiritual beliefs, Young said they’re being respectful about how to integrate the technology into Standing Rock.

After the Massachusetts Institute of Technology honored Young as a finalist for its “disobedience award,” the institute struck up a partnership with Standing Rock, holding energy conferences and awarding six Sioux Nation fellows, including Young, with $10,000 grants each to help the reservation move toward energy independence.

“The city of Bismarck pays 8 cents per kilowatt hour. So, we’re paying 6 cents more than the non-Indian community,” she said. “So, we’re in a hurry to get to that point where we can create a micro-grid to get off the coal.”

Young said the reservation is building out solar and wind projects, and the next step will be to receive a share of the hydropower generated from Oahe Dam – which is on the Standing Rock reservation and displaced residents when it was built.

She added that although the U.S. Army Corps of Engineers promised them a share of the power from the dam, tribes have yet to see it.