According to CBS News, coral reefs around the world have long suffered from the effects of climate change and overfishing. But scientists haven’t given up on saving the natural wonders. So now, a new study shows loudspeakers could help.

So researchers set up underwater loudspeakers in Australia’s northern Great Barrier Reef in late 2017. All the while blasting recorded sounds of healthy reefs to encourage young fish. That’s to return to, and settle in, damaged ones. In a study published Friday in the journal Nature, the researchers said this “acoustic enrichment” can help revive coral reefs globally.

“Healthy coral reefs are remarkably noisy places – the crackle of snapping shrimp and the whoops and grunts of fish combine to form a dazzling biological soundscape. Juvenile fish home in on these sounds when they’re looking for a place to settle,” senior author and professor Steve Simpson of the University of Exeter said in a press release Friday.

In addition, coral reefs become ghostly quiet when they are degraded, as the shrimps and fish disappear, but by using loudspeakers to restore this lost soundscape, we can attract young fish back again,” he said. 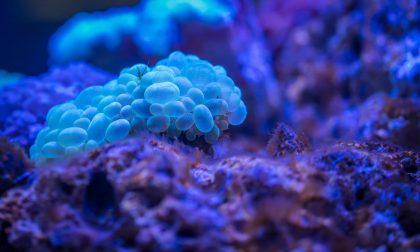 Furthermore, researchers found that twice as many fish flocked to the “acoustically enriched reefs”. That’s compared to areas where no sound was played. Its a crucial factor in kick-starting natural recovery processes. And not only did the six-week loudspeaker experiment double the total number of fish arriving at the habitats. It also increased the number of species in the region by 50%.