So back in 2013 I went to a Ford Trends conference. There were some really cool things I saw and did there. So as I was looking through old pictures I noticed some that need to be brought to light.

For context and as The Gadgeteer mentions: back in 2013 spending three days in Detroit, Michigan. All as part of influencers across the Country.

Yes, I too was one of 200 guests at Ford Motor Company’s annual Trend Conference. The event was a showcase of several Ford products. In addition it kicked off at the Henry Ford Museum.

However and more importantly, it’s a look into the future. The future direction of technology and environmental concerns for Ford. As well as the auto industry as a whole. It was a jam-packed 3 days with several sessions interspersed with product demos and a test drive here and there.

While at Henry Ford Museum is Appropriate for Today! 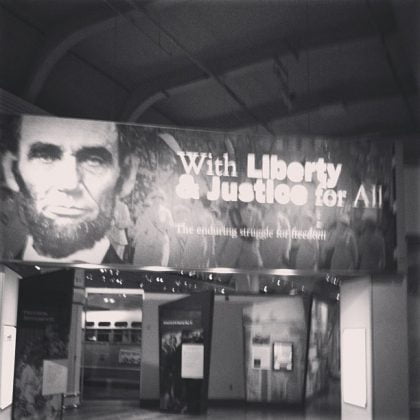 While at the Henry Ford Museum in Detroit. Appropriate for today! #MLK #liberty #inaug2013 and still appropriate today.

For as Camille Vincent from the Student Conservation Association writes:

This interconnectedness is also one of the most important principles of conservation: everything you do impacts others, and even small actions have big consequences. Dr. King recognized that social justice could not be achieved without environmental justice – including healthier living environments for underprivileged communities, and universal access to clean air, water, and soil. As he said in his 1967 Christmas sermon:

“It really boils down to this: that all life is interrelated. We are all caught in an inescapable network of mutuality, tied into a single garment of destiny. Whatever affects one directly, affects all indirectly. … Did you ever stop to think that you can’t leave for your job in the morning without being dependent on most of the world? … This is the way our universe is structured, this is its interrelated quality. We aren’t going to have peace on Earth until we recognize this basic fact of the interrelated structure of all reality.”

Could these ideas make Dr. King one of the earliest leaders of “environmental justice?” I think so. Dr. King’s actions not only led to the Civil Rights Act and the Voting Rights Act, but hand-in-hand with these came the Clean Air Act in 1963, the Clean Water Act of 1972, and the Endangered Species Act of 1973. King recognized that the great movements of his time – civil rights and environmental justice – were inexorably linked.

So commemorate Martin Luther King, Jr. and celebrate the Centennial of the National Park Service that helps to advance these two movements. Because we should all remember that these causes are still linked – and that our service on behalf of the environment will always be service on behalf of human rights as well. 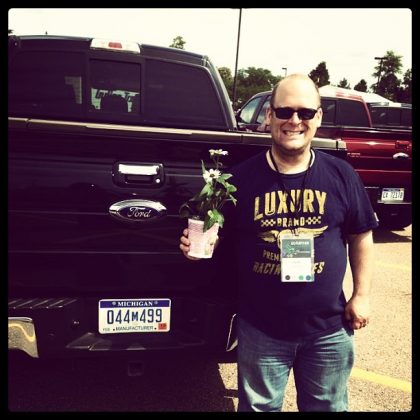 While with @ford at #fordtrends conference we delivered some flowers to a park In Detroit for the organization Greening Detroit. Of course they brought In the Green Living Guy!

In addition and as Visit Detroit reports, D-Town Farm is one of a growing number of farms and gardens. I mean folks blossoming in and around Detroit. So at least 1,400 and counting. All are part of a celebrated movement. One generally referred to as the greening of Detroit.

Finally, it also includes a rising collection of pedestrian-friendly greenways. Thereby encouraging biking and walking. Also the tree plantings are turning vacant, overgrown lots into lush green forests. That’s also developments along the city’s riverfront. Those which have transformed a concrete corridor. Finally, to an aesthetically pleasing, family-friendly destination.

As the Daily Detroit reported and according to the Michigan Department of Agriculture & Rural Development, there are about 10 million acres of farmland in Michigan and the state is home to 52,194 farms.

As Detroit’s landscape has changed with depopulation, urban agriculture has sprung up in lots and fields across the city. Besides simply growing food, these are places to learn, teach, and spend quality time.

According to Keep Growing Detroit, there are 1,400 urban gardens and farms located in Detroit. Through those operations, more than 70 urban gardeners have the opportunity to sell fruits and vegetables they grow at local market outlets.  KGD has one of the largest farms in the city, but the smaller ones are just as down to earth.