Seeing the banks of EV charging stations popping up at convenience stores. As well as parking garages around the Hudson Valley of the State of New York. For a person might start thinking there is a transformation in the making. The market supports this. Worldwide EV sales in 2012 were under 100,000. All the while in 2016 they reached 800,000. As well as the largest market is here in the US.

New York is part of a multi-state partnership to scale up EV use. All with a state commitment to at least 825,000 cars on the road by 2030.

As I wrote before; cities with more charging stations have more electric cars.

In 2011, an important national priority was declared. NYS is declaring the same in 2020 but they said: Put 1 million electric vehicles on the road by 2015.

Since then, sales of plug-in electric vehicles have risen. Moreover, they continue to rise. However and yet they still pale. Especially when compared to sales of conventional vehicles.

Now in 2020, Ingolstadt, January 17, 2020. Of all companies, Audi goes more in. So with its journey. All to becoming a provider of entirely CO2-neutral premium mobility  Audi is making excellent progress at its own sites.

By the middle of 2022, the premium brand will equip one in ten parking spaces. All with a possibility to charge electric cars. In other words, EV charging stations. Also that’s mostly accessible to the public. This independent concept is the largest charging infrastructure project. Especially carried out by a German employer. 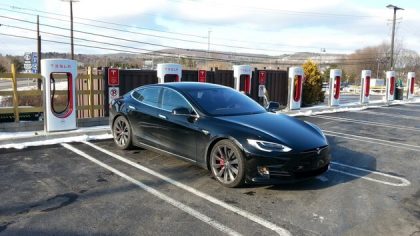 But before the marketplace gets too heated up, our communities need to get EV planning right.

Are town planners figuring out where chargers are needed, where they belong and how to pay for them?

Are building and zoning codes dealing with design, siting and construction of charging stations so they are safe and accessible?

Or will EVs be another opportunity for local land use and planning controversy and confusion – like large-scale solar has been in some communities?

Part of this piece was an Op-Ed by Melissa Everett, Ph.D. and Seth Leitman, MPA. It can be found on Mother Earth News!