I need a Tesla Model S 100D badly!  For the United States, Germany, and the United Kingdom top the table for countries with most charging locations and stations, with eight European countries featuring in the top ten overall.

In conclusion, the Tesla Model S 100D Dual Motor AWD was found to be the best EV for the highest range. However with the Volkswagen e-Up! and Renault Zoe R110 ZE 40 having the shortest charging speeds.

In addition, research reveals the Hyundai Ioniq Electric as the EV to give you one of the best ranges for cost per mile and charging time.

With hopes for the UK and a number of countries around the world to ban all petrol and diesel cars on the road, in recent years there has been a surge in the number of electric vehicles (EVs) being sold. With EVs being a more environmentally-friendly and cost-efficient choice, they’re becoming the norm – so comparethemarket.comhave put together a list of the best road trips for EV drivers.

Who are the world leaders when it comes to electric vehicles? Well, the United States takes the lead with over 17,680 charging locations and 29,252 charging stations. Also, home to the renowned automotive and electric car brand, Tesla, the country has seen a surge in the number of EV sales. 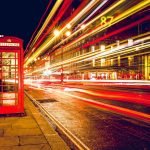 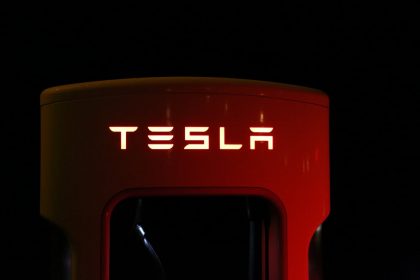 A popular bucket list feature, a road trip is a great way to explore without having to worry about public transport – it also means you get to see the world at your own pace. An iconic way to travel the world, more people are becoming self-conscious about the environment and their carbon footprint, and with governments around the world pledging to ban petrol and diesel cars, EVs are the way to go.

With the increasing demand for EVs and charging stations, we took a look at some of the best road trips for EV drivers:

Tesla Model S 100D Dual Motor AWD was found to be the best EV for the highest range. The Tesla Model S has an NEDC range of 393 (miles), with the Hyundai Kona Electric 64kWh and Kia e-Niro 64kWh following behind, both having a range of 339 miles.

For those looking for a quick and speedy charge, the Volkswagen e-Up! and Renault Zoe R110 ZE 40 both had the shortest charge speed – around two hours, in comparison to the Jaguar I-Pace, which takes around 13 hours.

Whilst EVs are relatively cost-friendly, the cost per mile for each model can make a difference. The Hyundai Ioniq Electric is the cheapest EV to run costing only 3.2 pence (£) per mile. The Volkswagen e-Up! is the second cheapest at 3.3 pence per mile, and the BMW i3 42kwh takes third place costing 3.4 pence per mile.

For those looking for an all-rounder across all three categories, our research revealed the Hyundai Ioniq Electric as the EV to take you that extra mile. With a range of 174 miles, a charge speed of five hours and costing only 3.2 pence per mile, it’s a great choice for a road trip.

The research also revealed the Volkswagen e-Up! and the Kia Soul EV as great options for those looking to start their electric road trip journey, with both models performing well across the range, charge speed and cost.

For more information on the best road trips for electric vehicles or to see the full list here.