SIAN BAYLEY from the Evening Standard Reports the following news. More and more companies are pledging to turn their company vehicles electric.

More than two million company vehicles will be electrified worldwide. All by 2030 according to targets in The Climate Group’s latest EV100 report.

The global consultancy reached this conclusion after surveying 6,000 consumers in the United States and Europe. All combined with scenario modeling undertaken by the authors of the study. Accenture’s report is part of ongoing research trends that suggest EVs are not only here to stay, but will scale up in adoption fast.

The Evening Standard further adds that they include UK businesses. Businesses like Unilever, BT Group and Heathrow Airport as well as groups operating in the UK such as IKEA and DHL. 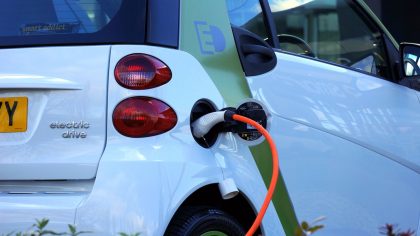 More than 95 per cent of businesses surveyed. All of those 95 percent said they are getting company vehicles electric. Thereby they also said reducing greenhouse gas emissions was a ‘very significant’ driver. Or even purely a ‘significant’ driver for making the switch. The switch making company vehicles electric. All while 80 per cent said the need to tackle air pollution was also a factor.

For the entire story on the Evening Standard