Serratos posed for PETA’s campaign back in November 2009 so let’s see what kind of green girl we’ve got here ladies and gentlemen.

Green Living Guy wants to know!! It’s a fun interview so get ready!! 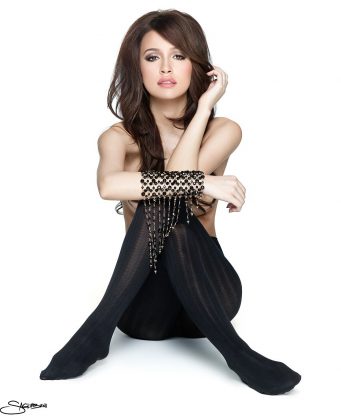 Popular Environment Internet Radio with GreenLivingGuy on BlogTalkRadio
Here is the link to the blog talk radio page for the interview.

A Little History About Her on Twilight

No I never saw any of them but I got the hotter one so I’ll research what she did!

Her two favorite scenes to shoot were the car crash, which was the first scene shot with all of the “humans”, and the beach scene.[1]

Why Is She Green

According to PETA plus I have written this in other stories:

As PETA adds about why eating less meat is important here is why:

In conclusion, almost everyone calls himself or herself an “environmentalist.” Maybe you recycle, pick up litter, or conserve energy in your home.

But did you know that if you want to help the Earth, the best thing you can do is to stop eating meat?