In the First place, wouldn’t it be nice if we could sit back and do nothing. I mean sit in our favorite chair, munching on fast food, while losing weight. Then at the same time, helping the earth become sustainable. That’s about as likely as Oprah being discovered as a secret warlord (aka: never going to happen). Running out of resources is a huge problem.

We’ll need two earths to meet resource demands by 2050 due to high consumption in Western society, according to a study by the World Wildlife Fund (WWF).

However and more importantly “going green” is a huge business. Why?! Cause much of it is just that – business. It’s essential to learn the ins-and-outs of how your efforts truly effect the planet Earth. Pledging your hard-earned money to a reputable green charity, or recycling plastic like it’s going out of style, may have unintended consequences. There are a few concepts the environmentally conscious should become familiar with.

Plenty of businesses exist that sell peace-of-mind for the carbon footprint you leave. However, Eco-writer George Monbiot likens this practice to a little kid pushing food around on his plate to make it look like that he has eaten it all. Offsetting carbon is an industry without standards or reliable ways to measure success. So it’s anyone’s guess – or simply a cash grab – at this point. The concept is nice, but companies was lying about what they’ve done and fudging statistics left and right.

The saying “if it’s yellow leave it mellow” is all too familiar (infamously) to many Chicagoans. Therefore, the waterless urinal systems the city experimented with in various locations. It had to be abandoned just months after being installed. The pure urine eroded the copper piping so badly, that the amount of water needed to fix the problem negated the conservation efforts in the first place. The foul stench permeating through City Hall was also blamed on the failed experiment.

Paper recycling has become a very popular part of the recycling movement. The problem is that it leaves behind a very toxic sludge. Aside from the energy used and pollution generated to transport the paper to the plant in the first place, the toxic aftermath is often worse than the attempted salvage. Sevenson Environmental’s Michael Elia has spearheaded more than 1,500 remediation projects, including sludge solidification for eventual removal. There is no comprehensive explanation about what happens to refuse in a landfill over time. However, remediation will be necessary at some point.

Next time you reach for a plastic shopping bag, think again (and don’t think the reusable ones are better). Less than one percent of these high-carbon, petroleum-based bags recycled, according to the Christian Science Monitor. Further, the cost of recycling the bags far exceeds any profit made from producing them. The math and practicality of using these bags obviously doesn’t add up.

Although it’s impossible to find a solution overnight, education is the first step to understanding how to make your green lifestyle worthwhile. 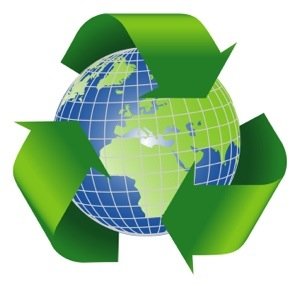