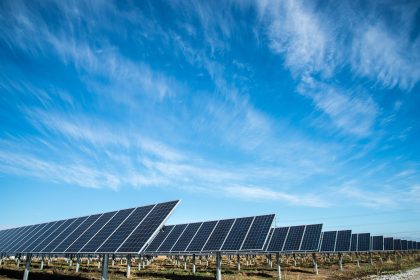 Rural communities and electric cooperatives could begin to aggressively close the energy transition gap over the next decade. They are pivoting from their role as underdogs to leaders on clean energy. Despite an absence of financial incentives, electric co-ops are already transitioning. They’re accomplishing low or zero-carbon resources at a similar or faster pace than the U.S. national average.

“The next chapter of the nation’s transition to renewable energy will require greater supply-side adoption of renewable generation, as well as profound consumer coordination,” said Teri Viswanath, a lead energy economist with CoBank. “And, given their unique governance structure built on member alignment, rural electric cooperatives are uniquely equipped to excel at this phase of decarbonization over the last mile.”

The scope of the electric opportunity for rural communities is substantial

According to the Department of Energy, solar energy has the potential to power 40% of the nation’s electricity by 2035. Solar currently makes up 5% or about 96 GW of the utility-scale electricity supply. To achieve the 40% solar target, the U.S. would have to double the annual average installations. They can also install 30 GW of solar capacity each year between now and 2025. In addition, they should consider 60 GW per year from 2025 to 2030 as well. For rural communities, this accelerated timeline could spur a new cycle of economic development.

Historically, cost considerations have been the primary factor influencing the timing of energy transition in rural communities. Unlike investor-owned utilities where shareholders bear the cost of renewable development projects, electric co-ops must assess those costs to their memberships. However, as the cost of wind and solar developments has fallen, co-ops are increasingly likely to pursue renewable projects for the rural communities they serve.

Thirty-eight states currently have defined renewable or clean energy electricity mandates. Roughly half of U.S. renewable generation growth is attributable to these requirements. In turn, the regulatory and public pressure applied by these programs, as well as more favorable economics, have prompted utilities and electric cooperatives to increasingly adopt clean energy goals.

Read the report, From Underdogs to Leaders: Co-ops in Energy Transition.