A British refuse and recycling company has become the first in the world to accept Bitcoin. National company BusinessWaste.co.uk, which is based in York, England is now accepting payment in virtual currencies for its commercial waste contracts. 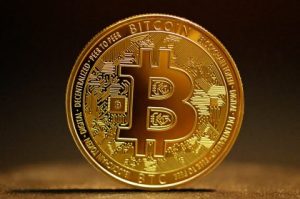 With Bitcoin now moving into the mainstream, it’s logical that British companies should move into the 21st Century and process payments in whatever form that’s offered, BusinessWaste.co.uk officials say.

“Individuals and companies are trading in Bitcoin and other virtual currencies all over the world,” says Business Waste spokesperson Mark Hall, “so of course, we’re going to accept it from our customers.”

It’s not a publicity stunt, and it’s not taking advantage of the current surge in Bitcoin value, says BusinessWaste.co.uk – it’s a logical business decision.

“To us, it’s just another way to pay for our services. It’s just money,” Hall says. We’re also accepting Litecoin and Ehereum

What kind of customer pays in Bitcoin?

BusinessWaste.co.uk deals with commercial waste and collects it from all sorts of companies and institutions. But it’s not just tech companies who would pay in Bitcoin or virtual currencies such as Litecoin.

“You’ll be amazed”, he says. “Ordinary people are now both mining and trading virtual currencies. And they’re keen to use them to purchase goods and services.

“And we’re the first in this business sector in the world to accept them. So the answer is ‘every kind of company’. Bitcoin is mainstream now.”

Hall is at pains to point out that BusinessWaste.co.uk will still trade in good, old-fashioned payment types for the huge majority of their customers.

“Bank transfers, bank and credit cards, direct debit it’s all good,” he says. “But in a fast-moving world, you’ve got to be flexible.”

“This is just another way we can be flexible with our customers.”