In what may be California’s biggest climate action of the year, the Air Resources Board today released proposed standards to guide the state’s transition to making all new vehicles free of tailpipe emissions by 2035.

If adopted by the board this summer, the new generation of regulations would increase the sale of EVs. It will require that 35 percent of model year 2026 cars for sale in California be zero-emission vehicles. That would ramp it up to 100 percent by 2035 —a goal set by Gov. Gavin Newsom.

Below is a statement by Don Anair, research and deputy director of the Clean Transportation Program at the Union of Concerned Scientists:

These proposed requirements show that California is regaining its leadership in combating climate change. Transportation is the largest source of heat-trapping emissions in California. It’s also a significant source of harmful air pollution. Therefore, the proposition sales standards are necessary and achievable. However, we must consider the scope of the climate crisis and the impacts we are facing in California. These requirements should serve as a floor rather than a ceiling in getting more pollution-free cars on the road.

Automakers have publicly acknowledged that consumer demand for electric vehicles is soaring. 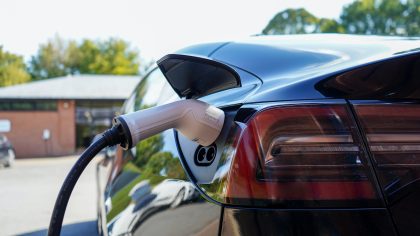 By increasing sales targets beginning in 2026, we can create market certainty so manufacturers start making critical investments now. Consumers of all income levels in California deserve access to electric cars across all vehicle classes. The same is true for the 14 other states that have previously adopted our standards under the Clean Air Act by the end of this decade.

“The proposed regulations include new provisions to help ensure affordable new and used zero-emission vehicles are available to all drivers, but we encourage the California Air Resources Board to go even further to accelerate deployment of zero-emission vehicles in communities most impacted by air pollution.

“The Air Resources Board has an opportunity to once again be a national and global leader in fighting climate change and improving air quality by adopting standards that will steer us toward a future when all cars on the road in California and beyond are free of harmful emissions.”