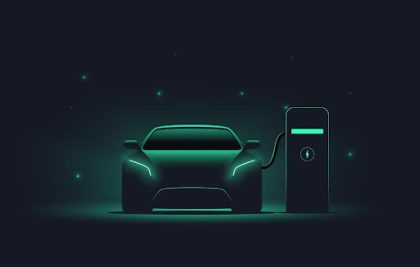 With 65 percent of cars sold in 2021 in Norway being electric, we can get a pretty good idea about where the country is heading. Norway has become the first country to have so many electric cars. It is surprising for a lot of countries because even at this point, many countries are thinking about whether electric vehicles are the future or not.

From the rising fuel prices and the impact fuel cars have on the environment, we can safely say the future is bright for electric vehicles.

Other countries often wonder how out of all the countries, Norway took the lead. The simple answer is the policies of the government. The Norwegian government was open to electric vehicles since the year 1994. At that time, PIVCO (Think in the present time) operated 12 Electric Vehicles during Lillehammer Winter Olympics. It was at a time when the entire world didn’t even have access to fuel vehicles.

Norway was way ahead of others from the beginning. And them becoming the first country to have electric vehicles and become leaders in it is not something other countries expected.

In the above paragraph, we highlighted that government policies in the country brought an electric revolution. Now, we’ll tell you which policies brought the most positive results. Here they are:

To incentivize the people who use electric vehicles, the government, in 2017, decided to implement the 50 % rule. This rule states that ferries, public parking, and tolls can’t charge more than 50 % of the price of fossil cars from electric vehicles.

This is a big one for electric car owners because Norway is surrounded by water and it’s pretty common for people to take their cars by ferry. Some of these rules have been implemented while others are not. But, the government plans on implementing them soon to encourage more people to start using electric vehicles.

High-emission cars (fuel cars) are charged heavily, while low-emission cars (electric cars) have low taxes (40 % lesser than fuel cars from the year 2022). This strategy by the Norwegian government pushed lots of people to buy electric cars. The government is serious about making every car electric. We know of it because they have a goal that by 2025, all cars should have zero-emission.

Take a look at the above picture and see that there are no taxes for emissions for electric cars. Actually, there is no emission at all from EVs. Except for the import price between the regular fuel car and the electric car, EVs are winning by a large margin. The import price will decrease in the future when more Norwegian car manufacturers start manufacturing EVs. We’ll know about the real difference between the price when that happens.

More than half of the country is already using electric vehicles. So, three years for the remaining 35 % percent doesn’t seem so far-fetched.

Every person who thinks of buying an electric car always stops at the thought of buying it when they look at the charging infrastructure in their country. Most countries have poor infrastructure, while some have no stations at all. Naturally, no person would want to buy an electric car when they live in a place where there are no chargers. Even if they do, the only option they have is to charge their car at their home. That’s not a feasible option.

With lots of charging stations in Norway and many other benefits people get, we know why everyone is buying EVs.

The Final Question: Can We Follow Norway’s Example of Electric Cars?

We covered everything about how Norway is leading the electric vehicle market, but did we answer the question we intended to answer? We did. If you understood all the points in the article, you’d know the answer yourself. If you can’t, here it is:

Every country in the present time is not ready for the EV revolution. Most are still fixated on using fuel vehicles because of the age-old thinking that no other types of vehicles can ever compete with fuel cars. But, that’s not a reality, not at least now. With advancements in technology, electric vehicles are overtaking classic fuel vehicles. A country can only succeed at bringing an EV revolution when they build proper infrastructure and offer benefits to people.

Bookmark this article if you liked reading it! 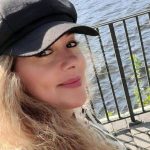 Janie Kelley offers assignment help in Australia & is a senior writer at Grow With Grades (GWG). She helps college and university students get their desired grades. The assignments she writes are primarily for psychology students thanks to her personal development journey over the years.