The cost for transitioning to electric vehicles is at its best place right now. Companies such as Chevrolet with their Silverado starting at $40,000 plus fleets are buying them.

As I have written before:

Perhaps, the greatest move toward a better future is the introduction of electric vehicle technology. It enables the cars to run on renewable energy – electricity. Plus, it emits little to no harmful emissions into the atmosphere. 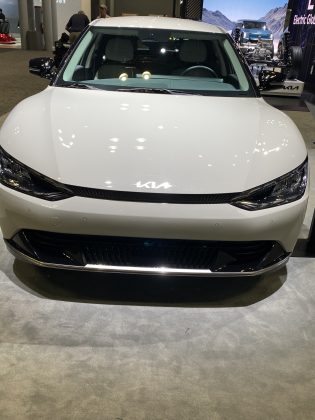 Up till now, the most work done in EV cars production and marketing is by Tesla Motors. This is the Kia EV6 which is a gorgeous car!

All of their product range revolves around electricity. However, the cost for transitioning to electric vehicles is at its best place right now. Companies such as Chevrolet with their Silverado starting at $40,000 plus fleets are buying them. Even though it’s cheaper to convert to an electric car. EVs are the car companies mantra partially.

For example, Ford and Mercedes Benz have pledged to eliminate the production of gas cars by 2040. Instead, they will focus on making EVs and other sustainable cars. That said, the use of batteries in electric cars still raises questions about future sustainability.

Available data shows Tesla has been growing its presence in three of its key markets. That’s North America, Europe, and China. According to a StockApps analysis, it grew its U.S market share from 1.2 percent in Q1 2020 to 2.7 percent in Q1 2022. That’s a 125 percent jump in its American foothold in the last couple of years.

Edith Reads, StockApps’ lead financial analyst, says, “Tesla’s performance in the EV market has been impressive. Its market share is on a steady rise, with more sales being generated from the key automotive markets. Also, the company is acquiring new markets, boosting the total market share. This growth contrasts with the global supply chain trends, which are currently highly volatile.”

The company recorded a boom in the market share value in 2022. For instance, in the first quarter of 2022, the company sold more than 310 000 electric cars across different automotive markets. This value represents a 68 percent increase from the previous year.