With an estimated 24GW in geothermal reserves that account for 40% of the world’s geothermal resources, Indonesia is set to accelerate the geothermal power development to solve its energy issues, says GlobalData, a leading data and analytics company. 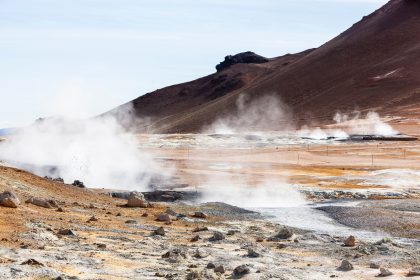 GlobalData’s latest report, “Indonesia Power Market Size, Trends, Regulations, Competitive Landscape and Forecast, 2022-2035,” reveals that Indonesia has identified over 300 sites across islands including Sumatra, Java, Nusa Tenggara, Sulawesi, and Maluku for geothermal power development. The country has created a fund of around IDR 3.7 trillion (around $275 million) for the development of such technology. Managing comes from PT Sarana Multi Infrastruktur (PT SMI). Moreover, the fund is primarily for lending activities, equity participation and or providing data and geothermal information.

“Indonesia updated its laws on geothermal activities in 2014. The new regulation no longer considers geothermal under ‘mining activities.’ That’s because they prohibit mining activities in high conservation value forest areas. The regulation also calls for a mandatory production bonus payable to the local government where the geothermal field is. Moreover, auctions were introduced for geothermal working areas (WKP) to encourage industry participation.” 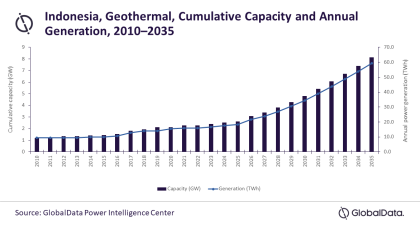 Indonesia has made the development of the renewable source one of its key priorities. It has set a target of achieving 9.3GW of cumulative capacity by 2035. That’s in order to solve several energy issues and achieve its climate goals. Given the current trend, the country expects to achieve 8.1GW by 2035.

“However, the target may still be achievable if the government succeeds in conducting WKP auctions without delays, provides incentives to overcome the upfront costs in the exploration stage, and rallies more foreign private investments.”

“Geothermal holds the key to achieving the country’s target of achieving 23% of its energy requirements from renewables and cut its carbon emissions to net zero by 2060. The government also hopes to achieve 100% electrification rate in the country and geothermal is  as a reliable source to reach it.”