CORVALLIS, Ore. – A modest warming of coastal waters can have a significant impact on juvenile fish assemblages in a period of just a few years, a newly published study has found, raising concern about the potential effects of climate change.

Results of the study have just been published in the journal Global Change Biology. 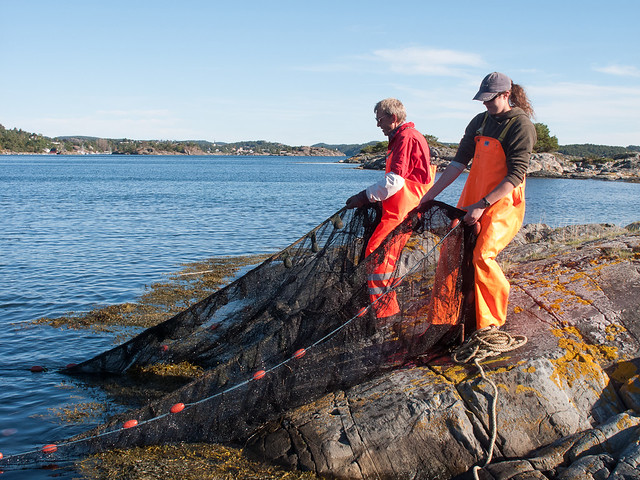 Studying the potential impact of climate change on coastal fishes has been difficult, researchers say, because few long-term records adequately address species diversity. But researchers at Norway’s Institute of Marine Research have been conducting what has to be one of the longest, most consistent surveys of near-shore waters ever undertaken – a key to understanding climate change effects.

“What we’re seeing is a clear influence of ocean temperature on the region’s juvenile fish community, which has changed in what is a very important fish nursery area,” said Caren Barceló, an Oregon State University doctoral candidate and lead author on the study. “It has implications for nursery habitats that have been around for decades.”

Barceló, who worked with Norwegian researchers on their beach seine surveys, said no new species had appeared in the waters of Skagerrak for nearly three decades beginning in the mid-1960s. Within the next 15 years, however, several pelagic, planktivorou species more characteristic of the Mediterranean arrived – for example, European anchovy (Engraulis encrasicolus) and European pilchard (Sardina pilchardus).

Other warm-water species of fish present now were documented once before in the area, such as juvenile horse mackerel (Trachurus trachurus), when the water warmed in the 1930s and ‘40s and then became less prevalent when it cooled. The corkwing wrasse (Symphodus melops) is another fish species that appeared during the earlier warm period, then became less prevalent for more than half a century – before returning during the latest warming. 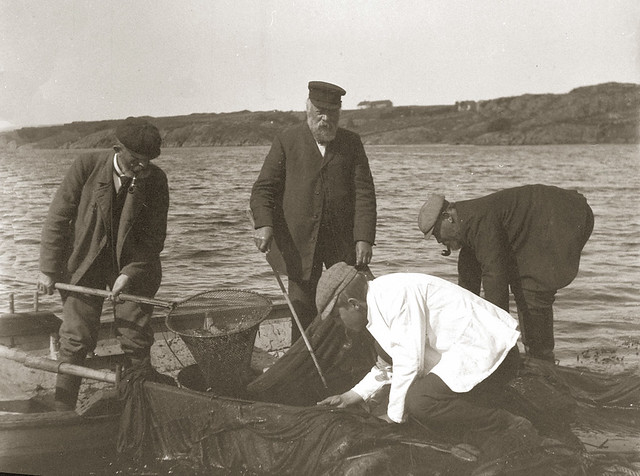 Cold-water species that have been caught less frequently in this dataset over the past two decades include cod (Gadus morhua), pollack (Pollachius pollachius), and European eel (Anguilla anguilla).

One concern, the researchers say, is that the present warming is not an anomaly, rather a symptom of climate change that may worsen instead of going away. There may be other factors involved in the introduction of new species, noted Lorenzo Ciannelli, an Oregon State marine ecologist and co-author on the study.

“There are some unique elements happening today that distinguish the situation from the 1930s and ‘40s,” Ciannelli said. “Winds and currents are pushing warm water into the area in such a way that it suggests the pattern might be here to stay.

“Some fish will move into a new area as adults, while other species disperse their eggs or larva and they then ride into new regions on the currents,” he added. “To make them ‘stick’ there may need to be a seeding process that allows the local population to develop.”

The key to understanding the assemblage shift in Norway is the extraordinary data set collected by Norwegian researchers. For the past 96 years, they have conducted an extensive coast-wide seine survey during the last two weeks of September, using the same style boats, the same locations and nets that were exactly the same size.

Only five survey leaders have coordinated the effort over 96 years, each one having trained with the previous leader for at least 10 years on the operation of setting and hauling the beach seine before taking over the project themselves.

“It began as a project to analyze the recruitment of juvenile cod in the region,” Barceló said, “but someone had the foresight a century ago to document all of the species brought up in the nets – and they’ve kept it up ever since.”

Barceló, who worked with the Norwegians over two summers, is also analyzing fish surveys off the Oregon coast, investigating the long-term environmental variability and shifting marine fish assemblages.

She and Ciannelli are in OSU’s College of Earth, Ocean, and Atmospheric Sciences.

Norwegian researchers conducting a similar survey some 85 years ago: https://flic.kr/p/D6ezvk

This story is available online at: http://bit.ly/20EJmV4