DOJ, on behalf of the EPA, and the State of Texas, on behalf of the Texas Commission on Environmental Quality, jointly filed a complaint against the city of Tyler alleging that, since 2005, the city has allowed and continues to allow untreated sewage to overflow from the city’s sanitary sewer system in violation of the CWA and the Texas Water Code. The complaint alleges the city failed to properly operate and maintain its sewer system, resulting in problems including blockages in underground pipes, general system defects, and power failures. 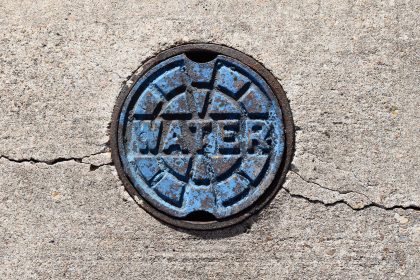 These problems can impact public health and local water quality by allowing the release of untreated sewage into local waterways and the community. The complaint specifically alleges instances of raw sewage entering into both local waterways and into Tyler residents’ private homes and yards. Many of these sanitary sewer overflows occurred in low-income and minority communities.

“The people of Tyler have experienced sewer overflows for the past decade and deserve those conditions to come to an end,” said the Acting United States Attorney Brit Featherston. “This agreement ensures that vital infrastructure, required for the very basic of our citizens’ needs, will be upgraded, and the degradation of the city of Tyler’s sewer system will be halted. The agreement’s key provisions will modernize Tyler’s sewer system, substantially reduce the number of sewer overflows and discharges to local waterways, and protect the environment and the health of the citizens of Tyler.”

“Providing clean, reliable water service is one of the most important responsibilities cities have to their residents,” said EPA Regional Administrator Ron Curry. “Improvements to the city’s treatment of wastewater have a direct benefit to citizens.”

Tyler Must Improve Its Sewer System

The city must comply with the terms of the settlement and significantly reduce future sanitary sewer overflows. Moreover, Tyler must comprehensively assess and improve its sewer system’s physical condition. To do so, they must repair or replace damaged assets within a certain time period after their discovery. The city must also analyze sewer system capacity using an updated hydraulic model. Not to mention undertake a tailored program to implement detailed capacity management, operation, and maintenance procedures.

In addition, Tyler must keep the public directly informed of its progress. That’s when complying with the consent decree by creating a public document repository on the city’s website. That’s where it is required to post any report required by the consent decree and all final EPA-approved plans. The city must also consider, among other things, the location of past sanitary sewer overflows in low-income or minority communities. Especially when prioritizing the sequence for certain cleaning or remedial work. EPA estimates the combination of these mandated efforts will require the city to spend approximately $65 million over the next ten years.

Keeping raw sewage out of the community and the waters of the United States is a national priority for EPA, as sewage overflows can present a significant threat to human health and the environment. These discharges can degrade water quality, spread bacteria and viruses, and cause diseases ranging from gastroenteritis to life-threatening conditions such as cholera and dysentery.

Info on the Settlement