Ok folks. To start, this is a sick car. So sick.  Get ready to experience a profound shift in hybrid performance. A Lexus Multistage Hybrid Drive is their new term of the day. Yet it’s a 4.7- second 0-to-60 time* and a multi-stage transmission delivering the instant torque and response to put the entire class on notice.” 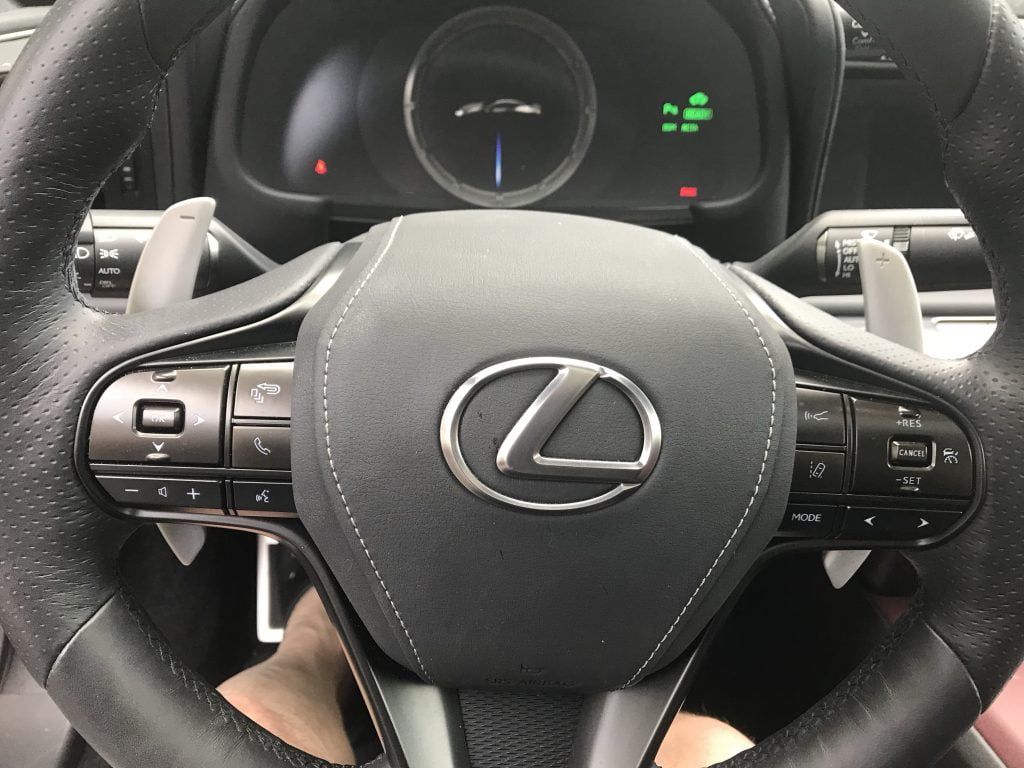 Since this car was first revealed by Akio Toyoda at the 2016 North America International Auto Show I said I’m testing this F car!! First off! Let’s start with the styling, performance and craftsmanship of the new Lexus LC 500h.

As well, I knew that it was from LF-LC concept that debuted in 2012 because who was at that launch party!? Questlove from The Tonight’s Show DJ’d. However, this LC represents a shift in Lexus’ engineering processes and design direction.

Also it’s the same Car used in the movie the Black Panther.

Fit for a Super Hero who is also a king, this vehicle is part Lexus Takumi craftsmanship, part Wakandan vibranium engineering and all badass.

As Automotive Magazine explained, The commercial is just one part of a larger collaboration between Lexus and the film. Last July, Lexus hosted a Black Panther-themed event at Comic-Con International and created an original graphic novel titled Black Panther. It’s for the Soul of a Machine with the help of Marvel Custom Solutions.

Since last October, Lexus unveiled a limited edition 2018 LC Inspiration Series production car. Now it’s for sale this spring with run of only 100 units. This was great for publicity!

As Car and Driver reports:

It channels the upscale vibe of two-door grand tourers such as the Mercedes-Benz SL-class. A exotic design that wouldn’t look out-of-place on an Aston Martin. While its small rear seats and a starting price just shy of six figures also make it a glitzy alternative to a Porsche 911. This rear-wheel-drive Lexus is a larger and heavier machine honed more for the luxury spectacle than outright performance. That’s not to say the LC isn’t quick or enjoyably sharp on the road Especially when accompanied by the roar of the 471-hp V-8. But it works best at less frantic speeds where you can luxuriate in the beautifully crafted interior and savor the LC’s essence.

Combining avant garde elegance with dynamic coupé proportions. So the seductive form of the new LC 500h remains remarkably true to the key design elements. Also proportions and visual dynamism of the award-winning LF-LC concept car that inspired it.

The LC 500h Luxury coupé, enveloped by a glamorous exterior which is uniquely evocative.  Also, more fluid interpretation of Lexus’ L-finesse design philosophy. This car is long 2,870 mm (112.9 in) wheelbase. Yet it’s compact 920 mm (36.2 in) front and 970 mm (38.2 in) rear. That rear overhangs and notably low lines. The coupé’s athletic profile. Also characterized by a sweeping roofline. Then it tapers thereby, creating a uniquely human-centred silhouette.

Front and rear wings that house wide. Also large diameter wheels flare away from the centre place of the occupants. To the front, the latest interpretation of that spindle grille motif. It features chrome trim and a radical new mesh design of varying visual tension. The LC 500h’s unique lighting signature combines independent, arrowhead Daytime Running Lights (DRL). That’s also with a triple LED headlamp unit. Best part, the ultra-compact engineering of which has helped to keep up the coupé’s low bonnet line and short front overhang.

Like other Lexus models the LC 500h it has the typical drive settings. They are eco (which I drove the most), comfort, Sport and Sport+. So many choices with only one week to test drive it. A shame!

However, I had zero trouble getting anywhere near the stated 26 city and 35-38 highway mpg.  One trip I did was in stop and go traffic for a while. In ECO Mode 99 MPG.

I was in ECO mode around town and loved highway fun in Sport or Sport+ mode and back to ECO for the best MPG.

The Lexus LC 500h will be available with a choice of bespoke, 20″ cast and 20″ and 21″ forged aluminium alloy wheels.

Wards announced that the all-new 2018 LC 500h flagship performance coupé has earned a spot on its annual “10 Best Interiors” list. To be eligible, vehicles’ interior all-new or significantly redesigned for the U.S. market. Each vehicle , evaluated based on aesthetics and design harmony, as well as materials, ergonomics, safety, comfort, value and fit-and-finish. Also tested are the user-friendliness of the human-machine interface to see how effectively vehicle information communicated.

I mean a driver’s hip point, engineered to be as close as possible to the coupe’s centre of gravity.  This maximizes feedback from the vehicle to the driver. And the holding performance of the seats enhanced through a renewed focus on the cross-section design. Particular attention went to the design of a new steering wheel, which features a change in cross-sectional shape throughout the rim circumference to accommodate variations in grip and the twisting of the wrist during operation. And new, larger magnesium alloy paddle shifter shaped for easier reach and a more positive action.

The Multi Stage Hybrid System, developed with opposing goals in mind. Lexus wanted to create a hybrid with a more sporting and engaging driving experience. They made a powerfully car that’s good MPG on highway and ok in city.

The new Multi Stage Hybrid System has a traditional full hybrid powertrain.  That includes a 3.5 litre V6 gas engine. Also an electric motor with lithium-ion battery pack. That’s connected to a 4-speed automatic gearbox mounted at the rear of the hybrid transmission. The electric motor generates better acceleration feel than a conventional engine. Thereby adding physical gears more closely. That’s aligning engine rpm with the driver’s inputs.  The result is a much more direct connection. That’s between the accelerator pedal and vehicle acceleration.  Of course let’s not forget 0-100 km/h times well into the sub-5 second range.

Finally, the Lexus LC 500h Multi Stage Hybrid System also features ‘M’ Mode like on a BMW.  However and most noteworthy, this is the first driver-initiated gear shifts offered on a Lexus full hybrid powertrain.  ‘M’ Mode gives drivers the ability to start direct and responsive gear shifts.  You know, for the most sporting and engaging drive yet from a Lexus hybrid. Please note, the car test driven with all the safety, Nav and sound cost $109,985.

In conclusion, if you want a hybrid luxury coupe, get this car! One reason, hybrid or electrified cars is heavier than you think. With a new lightweight and compact electric motor and a lithium-ion battery offset the weight of the added automatic transmission.  So the batteries weight gives this Multi Stage Hybrid System punch with the current hybrid powertrain.

I can’t afford it but I know those that do. If you don’t want a plugin hybrid sports car, maybe this is your option.