Firstly, author and journalist, Lorilee Craker felt the pinch from the financial fallout of 2008. Like many others and as a freelance writer, her income was going the way of the dodo—family dollars. It seemed like an extinct myth, the bank account was some archeological evidence of past prosperity. For example, after interviewing Bill O’Brien. He is the Lancaster County banker. Once they spoke, she realized it was time. Time to learn more about the Amish’s time-tested approach to personal finances. 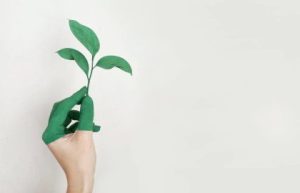 In 2008, when venerable banks were failing, Bill’s HomeTowne Heritage Bank—whose client base is 95% Amish—had its best year ever. She discovered that the Amish emerged from the economic crisis unscathed. You know, when Wall Street crashed. So while the middle-class was stressing over the family budget and the wealthy were weeping over their slashed portfolios, the Amish were content as always. They were spared from the cares of the world and worldliness. They had the financial health to support their lives. In addition, they exuded a wholeness that eludes so many when the financial bottom drops out. That’s where the idea behind her new book  Money Secrets of the Amish was birthed.

“I visited with Amish families in Lancaster County PA and Michigan and found that their culture—serene, simple, and rooted in centuries past. It held surprising financial wisdom with modern applications,” notes Craker who always had an appreciation for the Amish having her own family roots in a Mennonite background. “Implementing the Amish principles of ‘generous frugality’ by spending less and saving more. We can do more with our money while living a lifestyle extravagant in peace, sharing, family, community closeness, and environmental consciousness.”

In  Money Secrets of the Amish: Finding True Abundance in Simplicity, Sharing, and Saving (Thomas Nelson, June 2011), readers go on an “Amish money makeover,” learning how to flex their thrifty muscle, make smart choices, be content with less, and develop restraint in a materialistic world.

Plus,
they learn simple environmentally friendly and green living tips that save greenbacks and the earth.

“Wall Street drove all our financial buggies off the road. It’s my hope that by using these tips people can get hitched up and on the right road again,” adds Craker.

Lorilee Craker is a native of Winnipeg, Manitoba, but now she lives and writes in West Michigan. That is where she is a regular contributor to the entertainment pages of the Grand Rapids Press.  She is also the author of eleven books, including the New York Times bestseller Through the Storm with Lynne Spears.  Lorilee lives in a rambling 1924 house with her husband, Doyle, three children, and way too many pets.  Hometown:  Grand Rapids, Michigan