Firstly, a national technology to process and explore energy from organic waste started being tested in Rio de Janeiro. Cause it installed a processing plant of the City Company of Urban Cleaning (Comlurb). Located in the Caju neighborhood, the pilot plant has just completed a month in operation. Most importantly and noteworthy it is able to extract 100 to 150 cubic meters of biogas per processed tonne. That’s with 50% – 60% of methane concentration. 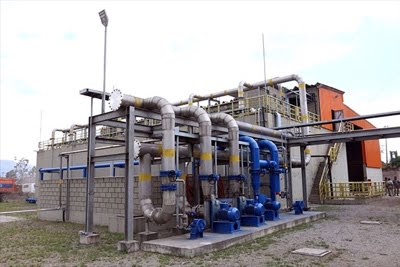 So the technology is producing fertilizer and natural gas from waste. Development continued by the Federal University of Minas Gerais (UFMG). They are in partnership with companies Methanum Tecnologia Ambiental and Comlurb. Running the pilot plant, which funding came from by BNDES, will allow testing the efficiency limits of the methanization technology by anaerobic composting and widening the scale. Furthermore, with a processing capability of 30 daily tonnes, the plant has an estimated monthly biogas production capable of feeding a fleet of 1,000 cars. That’s similar to generating enough energy for just over a thousand houses.

In conclusion, the unit consists of modules the approximate size of a container. They then receive the waste and seal it for two to three weeks. That’s while the bacteria introduced into the compartment degrade the organic matter and produce methane. Finally the gas, stored while the remaining material gets removed and used as fertilizer.
Microorganisms sprayed into the modules through pipes with heavy use of electronics. Sensors and meters enable controlling and optimizing biogas production. The plant also has a generator to produce electric energy from gas combustion.